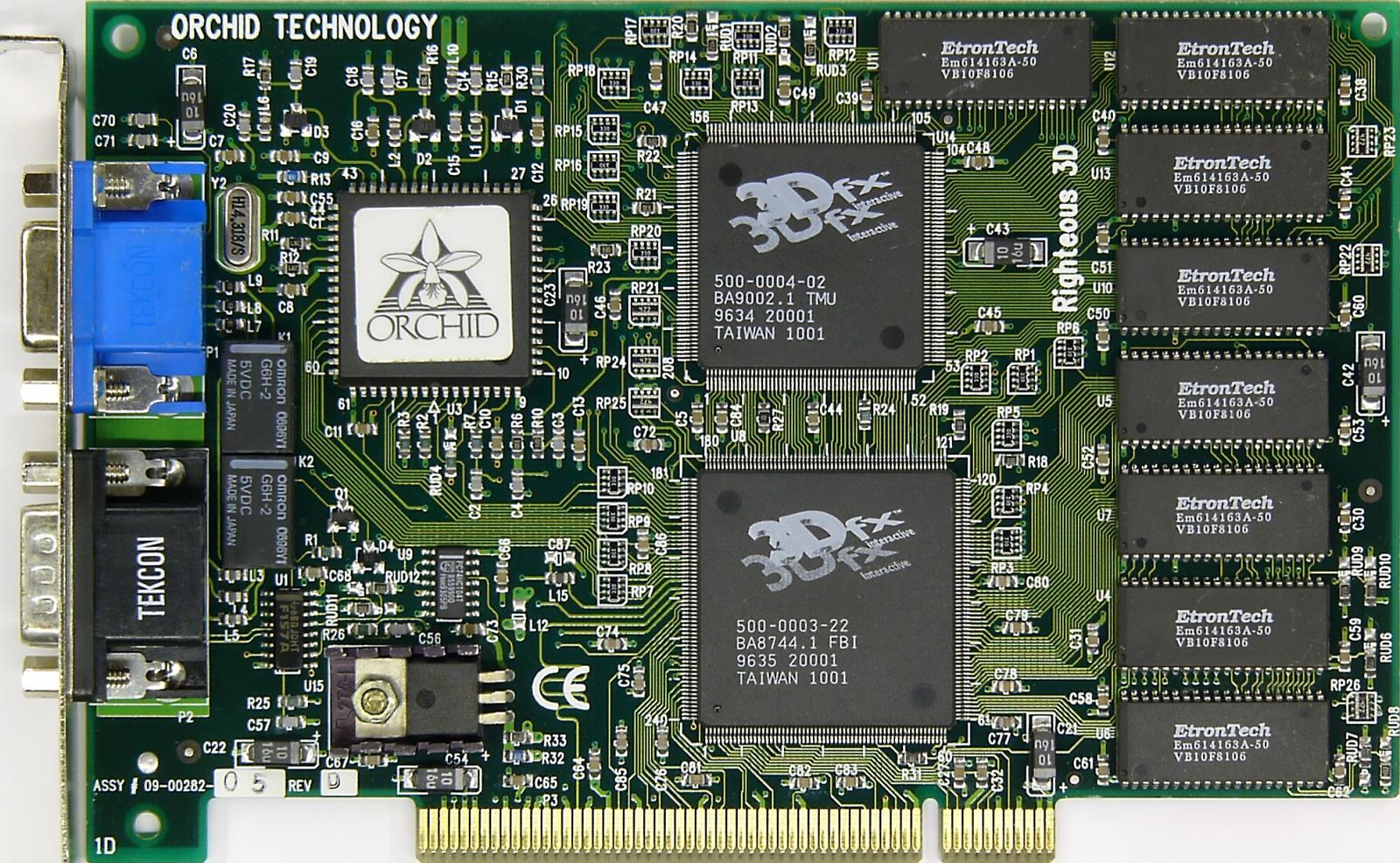 GPUs are probably the single most debated part of any gamers PC set up. Many gamers today don’t remember a time before 3D acceleration was around, and a powerful GPU became required for gaming. Hell, even Quake, the daddy of all modern 3D Polygonal FPS games initially shipped with only software rendering as part of the Quake Engine. Support for the then new fangled 3D accelerators (as they were known) was patched in later on.

Anyway, what follows is a potted history of my life with GPUs as part of my PC set up over the last 20 or so years:

The first GPU I ever owned was an original 3Dfx Voodoo FX add in card. This was purchased as a Christmas present for myself and my brother to go with our then new Pentium 100 based PC. And it was cutting edge stuff for the time. OpenGL rendering made polygonal games look light years better than the PlayStation Nintendo 64 or Saturn. Once patched, Quake went from merely great looking to truly mind-blowingly good. And Quake 2? WOW. Same went for Turok: Dinosaur Hunter, which made the N64 original look like a blocky, smeary mess.

The Voodoo FX lasted a good while, being the GPU workhorse in that PC for a good 3 or so years. I left that PC at home with my Brother when I went to university, though. And that bought me a new PC. Which meant a new GPU was needed…

At university I went out to buy my very own PC. It wasn’t amazingly high spec, though. Indeed it was pretty low spec system. Based around a Cyrix MII 300, with 16mb of RAM, a 500MB HDD, and a CD ROM drive. So naturally, this needed a GPU so I could continue to game.

Being of somewhat limited means as a poor student,  settled on 3Dfxs first “All-in-One” solution, the Voodoo Banshee. This was a stripped down Voodoo 2 card, with built in 2D hardware. And it was pretty good, all things considered. It was low cost, and offered a reasonable level of performance. Sure, I wasn’t gaming with all the “bells & whistles” of my early VoodooFx days, but games still looked a damn sight better than the PlayStation, etc. Indeed, I got so good at tweaking games for this card, I used it for almost 5 years, dropping it into my subsequent post-university PC initially. Speaking of which…

Okay, this was a proper bargain basement GPU. Not really a GeForce 4 class card, this was really a rebranded GeForce 2 card from nVidia, aimed solely at the low end gamers market. It allowed nVidia to reuse old stock GPUs, rather than waste them. But hey, it only cost me £40 brand spanking new, and with careful tweaking, allowed me to play pretty much all the games I wanted to, for at least another 3 or so years.

This card proved to be the last GPU I would buy for quite some time. As usual, I had upgraded my PC to a mid range spec, and searched for a similar GPU. The 5200 fit my needs perfectly for the time. Low cost, reasonable spec, and more than capable of running the games I wanted it to. Sure, I wasn’t going to be running his high resolutions, or at maxed out details. And this was fine. Games have never been all about the graphics for me. As long as they ran smoothly, it was all good.

After this, I became disenchanted with the PC “arms race”. I settled on consoles for my main gaming options, and began to use my PC for work. Hell, my current laptop is the closest I’ve come to a cutting edge GPU in a decade, and even then I’m only running a GeForce 1050.