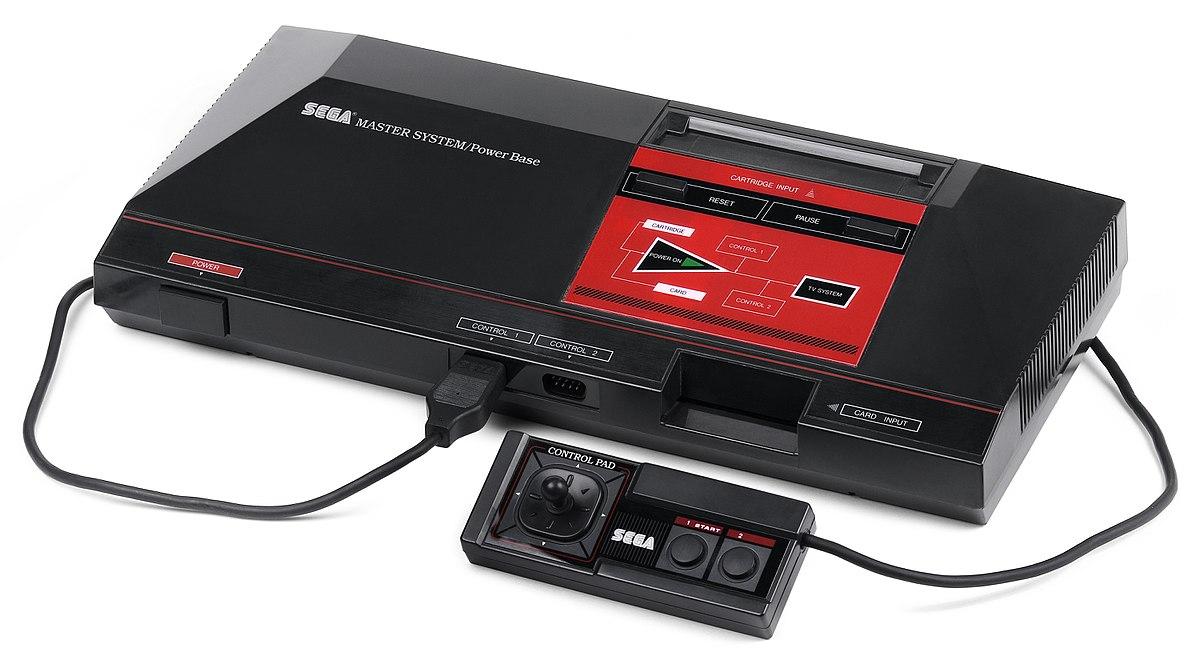 The Master System was my first console. I’d played on one at my godparents house, and I’d fallen in love with it. After battering my way through Double Dragon, I (and my brother) began a relentless campaign to have our parents get us one for Christmas.

And we succeeded. On christmas day, we unwrapped a shiny new Master System 2, along with a copy of Dynamite Dux (not my choice, but my younger brother was insistent). That was an excellent day indeed. The sounds of Alex Kidd in Miracle World and Dynamite Dux are forever burned into my memories.

Now, Master System games were expensive, especially for kids like my brother and myself. So we needed games that we really, really were going to put the hours into. I took all the money I had received for Christmas and bought myself a copy of Basketball Nightmare. My brother bought Alex Kidd in High Tech World. We were off to the races.

About the Master System

The Master System was Segas 3rd attempt at taking on Nintendo in the console world. After releasing the SG-1000 and SG-1000 II, Sega re-engineered the hardware into the Mark-III. This was renamed the Master System for the Western markets. The machines specs were as follows:

A Zilog Z80a CPU running at 4mhz, with 8kb of ROM, 8kb of RAM, and 16kb of video RAM. The machine was capable of outputting a screen resolution of 256×192 pixels, with 32 simultaneous colours from a palette of 64.

Games were predominantly released on ROM cartridges, although the Model 1 system variant has a slot that allows for games on PC Engine like cards. This slot is also required for the 3D shutter glasses, meaning you will need a model 1 system if you wish to play these titles. The maximum ROM size for a game cart is 4Mbits, whilst card games were limited to just 256Kbits. Unlike the NES, no additional hardware was placed inside the carts to enhance the games. Everything was done on the base hardware alone.

The market for the Master System

Nintendo pretty much owned the markets for games consoles in Japan and the United States. Despite releasing in both, and having superior hardware, the system failed to achieve any real success in either territory. This may also have been down to Nintendos monopolistic hold on developers, blocking them from releasing NES titles if the released the same game on Segas machine.

Europe, especially the UK and France, was a different proposition entirely. Thanks to some clever marketing, and keen pricing, the Master System enjoyed a significant amount of success in the territory. Generally seen as being more popular than the NES, the Master System was to dominate the landscape until the arrival of the Megadrive. Indeed, such was it’s popularity in Europe that the Master System continued to receive official titles until 1996!

Of the 315 titles released for the machine, 158 of these were exclusive to PAL territories. Outside of Europe, the Master System had a surprising amount of success in Brazil, where local toy manufacturer Tec Toy licensed the hardware for the local market. They continue to release variants to this day, and have even released a number of Brazil exclusive titles, including a port of Street Fighter 2!

The Master System was an important machine for those of us in Europe during the late 80s and early 90s. It was cheap, had some outstanding titles (the version of Sonic The Hedgehog is superb), and paved the way for the 16bit Megadrive.

And even without titles from some of the “big hitters” such as Konami, you could find pretty much any genre you wanted. Want a Castlevania title? Well, try Master Of Darkness, which is a clear “homage”. Fancy some Final Fantsy styled JRPG action? The Phantasy Star series was birthed on here on Segas 8-bit system. Mario? Try Sonic, Alex Kidd in Miracle World, or the Mickey Mouse games.

Robb
20th October 201920th October 2019
The problem with Gatekeepers The retrogaming community is for the most part a wonderful, open, welcoming place. You see people...

Robb
4th August 20184th August 2018
Let’s get this out of the way early on: Master of Darkness is possibly the most blatant clone of the...