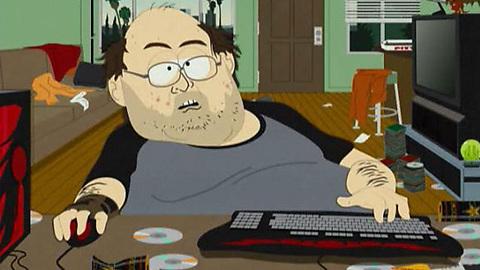 Fanboys. I’ll be honest upfront, in that I absolutely hate fanboys. They are the worst aspect of not just gaming, but anything that has a subculture surrounding it. Everything they say or do casts a negative light upon the rest of us. And it is our responsibility to call them out, and shut them down.

Now, this has been brought on by the recent release of the much hyped “Cyberpunk 2077”. For the last 8 years, developer & publisher CD Projekt Red have been drip feeding information to gamers. And this has had the effect of building up a sizeable fanbase for the game well in advance of the titles actual release. Now, 8 years is a hell of a long time for a game to be in development for. And it isn’t, IMHO, unreasonable for gamers to expect a game with such a long development cycle to launch in a decent state. Well, it has been apparent over the last few days that this has most certainly not been the case.

The console release of the game (currently only on PS4/Pro and the Xbox One/S/X), has been revealed to be a buggy, glitchy, indeed unfinished mess. And quite rightly, reviewers in the media have pointed this out. Now, most gamers are quite fine with this. After all, it’s a reviewers job to point out both the good and bad aspects of a game. Sadly, though, it has drawn the fanboys out from under their digital rocks in force.

I’ve seen far too many comments on social media from “gamers” who are willing to attack journalists and other gamers over their justified criticism of the games shortcomings. One reviewer pointed out how the game was an actual life threatening danger to epileptics. The response from the “real gamerz”? Sending her videos disguised as help, which were actually patterns intended to trigger seizures. This is utterly reprehensible. And anyone who thinks it isn’t is frankly, a disgusting excuse for a human. Why is someone pointing out a potentially lethal flaw worthy of such abuse? Surely these people understand the danger of their actions? Indeed, I’m sure most of them do. But they don’t actively care, as the anonymity of social media creates an air of unreality to their actions.

I’ve also seen reviewers attacked for simply stating that the game on consoles is effectively broken. I’m amazed that so many gamers seem to think that releasing a broken game is acceptable. In fact, manys eme to think it is just how things are, and that’s that. And anyone who disagrees is pushing some kind of “agenda” against CDPR. Well, that is utter tosh.

Fanboys: what to do?

So, what can we as reasonable gamers do about the curse of the fanboy? Well, I firmly believe that we need to confront them. But it has to be done in a reasoned, adult manner. We have to show them up as being extremists with the community. We need people to realise that being a rabid fanboy is really unacceptable. I mean, if someone criticising something you enjoy gets you so upset you make threats against them, well, that’s not a normal reaction.

We need to fight the fanboy culture because it amplifies the negative image of gamers to wider society. Fanboys are what the stereotype of the ranty, childish, man-child suffering from arrested development are built around. And in my experience that is emphatically not what most gamers are like at all. We are, for the most part, well adjusted, regular people who enjoy playing videogames.

Fanboys make me despise the culture of long build hype and hyperbole. CDPR insinuated that Cyberpunk 2077 would be something truly amazing. That it would be epic. They even delayed the game to make it “better”. What they actually did was whip up such a rabid fanbase that it has caused a totally uncalled for reaction to people finding faults. CDPR need to take some responsibility. Instead, they have issued an apology that openly admits they knew the game was broken. And the fanboys? They still can’t admit it’s broken, even when CDPR admit it. It’s sad, and a bit scary really.