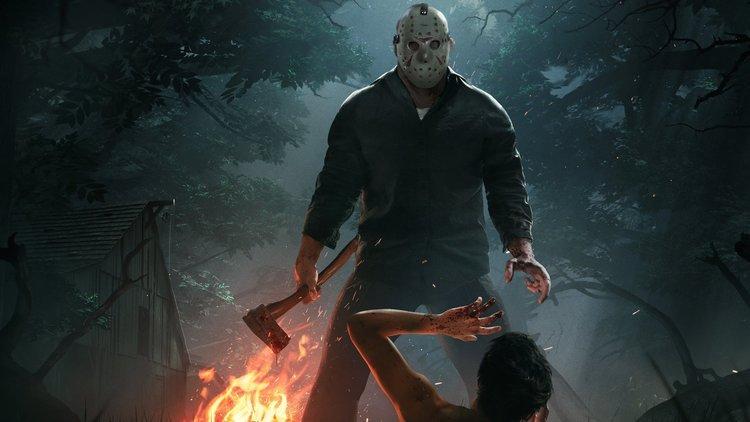 So, thanks to the ongoing legal disputes over the rights to the “Friday The 13th” franchise, development has finally ceased on the official F13 videogame. Now, the game has come in for a lot of criticism during the year or so since it was first released, but is it really as bad as some folks would make out? Let’s find out…

So, F13 is a 3rd person asymmetrical online multi player survival horror game. As a player you either take on the role of Jason, who naturally is tasked with killing all the counsellors, or one of the counsellors, who are tasked with somehow surviving a night at Crystal Lake (by killing Jason, escaping, or simply reaching the end of the round alive). Each game consists of a 20 minute session on one of a number of iconic F13 maps. Some of these maps are available in both regular and condensed versions. The condensed maps make for quicker, more eventful gameplay, while the larger variants offer more in the way of stealth and tactical play.

Since the game released, the gameplay has been subject to a number of re-balances as player tactics have evolved. Every time it has been re-balanced, someone has complained that the game is now nerfed. It isn’t. Whats has usually happened is that the re-balance has mean’t that their personal tactics now are no longer as effective as they were. Personally, I find the balance about right, as despite the frequent changes, a skilled player on either side can still be successful.

Visually, the game looks reasonable. Running on UE4, the game has a slightly plasticy look, but it does convey the feel of the films wonderfully. Since the last major update, the game has taken on a darker lighting setup which lends to a spookier, creepier feel, especially when you are in the middle of the woods. Aurally, the game is superb, with effective use of audio being key to your success (or failure) as a player. Music cues can lead to some jumpy moments when Jason shows up, and each variant of Jason has his own cues used.

The game mechanics are pretty straightforward, with interactive objects highlighted by the HUD, and all actions mapped to simple key presses. For Jason players, there is the added bonus of environmental hot spots which activate specialist kill animations.

Overall, this is a pretty good game. Sure there are bugs (show me an online game that doesn’t have any), and as with all online games, there are players who seem to exist just to cause grief for others, but generally this is a fun game, and well worth picking up, especially if you can get it for under £20/$20.

My latest video: The final nail in the true Atari