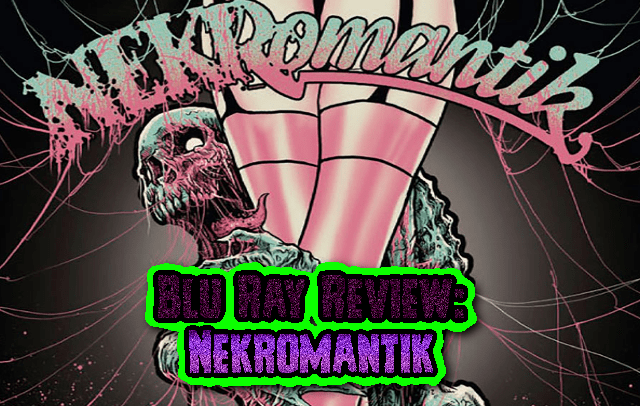 Jorg Buttgereits “Nekromantik” is a legendary piece of underground film-making. Long unavailable in the UK, due to the censorious climate, it was much traded amongst collectors. However, in 2015, Arrow Video released the film in it’s uncut entirety on Blu Ray, giving UK horror fans their first legitimate chance to view the film.

Rob works for Joe’s Street Cleaning  Agency. His job requires him to clean up the results of gruesome accidents. Unbeknownst to his employers and collegues, Rob likes to take his work home with him. Here, he shares his grisly collection with his equally disturbed girlfriend Betty. Eventually, he brings home a partially decomposed corpse, which is used in a bizarre 3-way. Ultimately, Betty rejects Rob in favour of the corpse, and unable to cope, Rob ends his life in the most shocking way possible.

Those expecting a wall to wall gore fest are likely to be sorely disappointed. Nekromantik takes a more philosophical approach to the subject. Yes, there is some gore, but the focus is on the disturbed minds of the films protagonists.  Both Rob and Betty are clearly deeply disturbed, with their necromantic urges. The film is largely sympathetic toward Rob, who just wants to please his girlfriend, but finds that to his utter horror she prefers the dead to the living. Indeed, the film is, IMHO, far less sensationalistic than many would have you believe.

Filmed on grainy 16mm, in a 4:3 ration, the film doesn’t exactly look amazing. The film was made on as close to zero money as possible, and it does show. That doesn’t take away from the films power, however, as the grainy, grimy look is entirely appropriate. And Buttgereit is nothing if not creative.

Available as a dual disc set, the film come son a 1080p Blu ray, and an SD DVD. Both discs feature Nekromatik itself, as well as a plethora of extras:

An interview with Jorg Buttgereit. A documentary looking at the impact of Nekromantik both in the UK and abroad.

A vintage “Making Of” documentary with either an English commentary by Buttegeit, or the original German audio.

A 10th Anniversary featurette. A featurette on the films premiere.

A collection of trailers, and finally the ever present reversible sleeve art.

If you are expecting a Fulci-esque gore fest, this film isn’t for you. If you can handle your horror with a more intellectual bent, however, there is much here to reccomend.