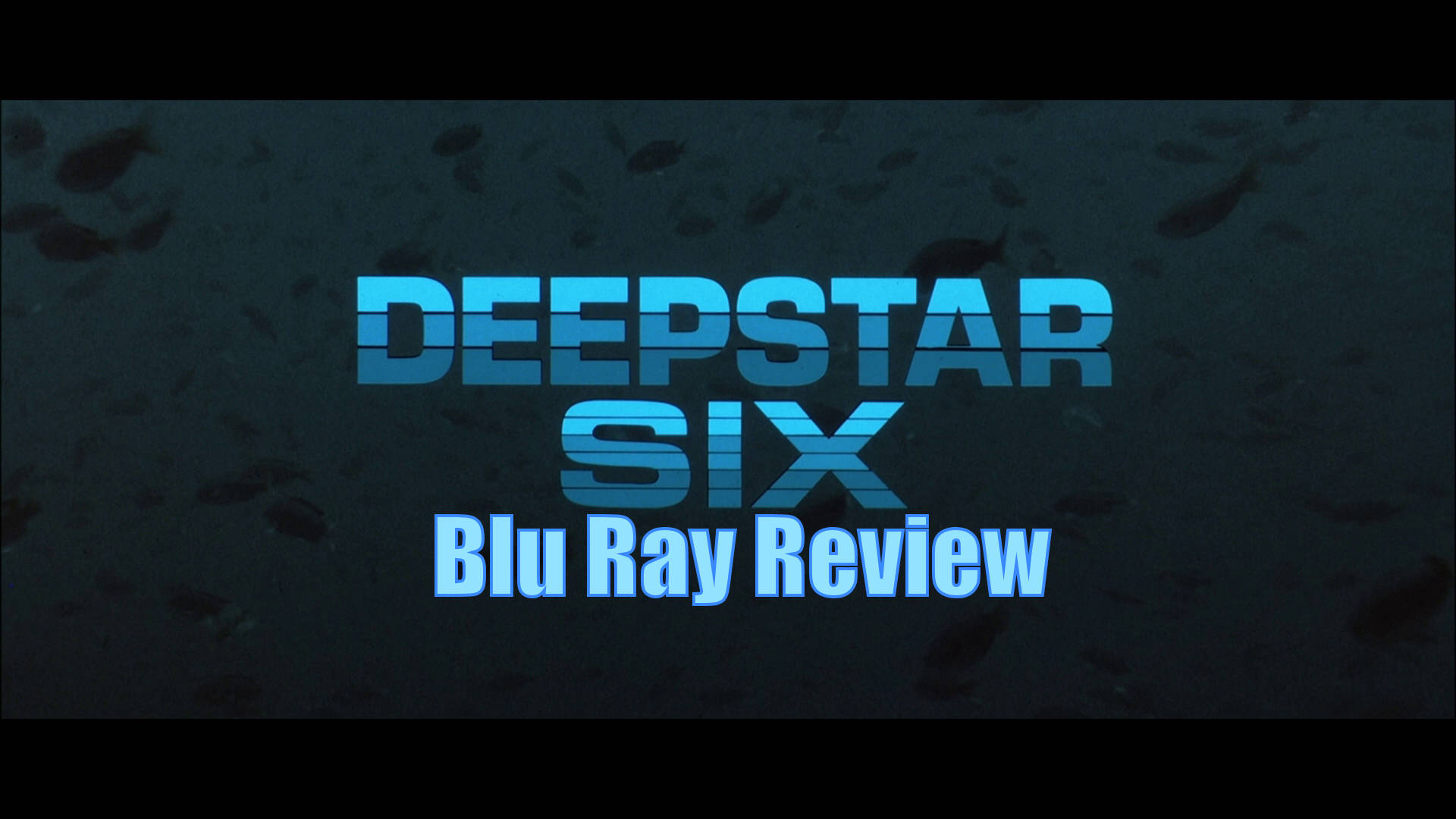 Deepstar Six is one of a glut of deep sea sci-fi action/horror hybrids that released in 1989. Driven by the hype for James Camerons The Abyss, a few budding directors & producers decided to jump on that films coat-tails and make some money. But is it any good? Or will you be left with a sinking feeling/ Well, read on to find out…

Far below the surface of the unforgiving sea, the daring crew of DeepStar Six are explorers in a forbidding world of impenetrable darkness and unimaginable pressure. They have invaded the icy fathoms into which no human has ever ventured. Their mission is to establish a top secret Navy base on the ocean floor. But something’s down there and the crew of DeepStar Six are about to make a startling discovery—there’s no escape from the terror of the deep. DeepStar Six will plunge you into the depths of fear… save your last breath… to scream.

The above synopsis is taken from the Kino Lorber website.

Deepstar Six takes a fairly tried and tested plot (trapping a bunch of characters in a single location with a monster), and milks it for all it is worth. Like Spielberg had done some 15 years before with Jaws, the makers wisely keep the films star attraction (i.e. the creature) largely hidden for the bulk of the film. And this helps a lot. The film was clearly made with a reasonable budget (some $8.5m provided by legendary quick buck merchants Carolco), yet the money wasn’t quite there to go full on monster rampage. So the money was wisely spent elsewhere, such a son the excellent miniature effects.

Deepstar Six can essentially be described as “Alien at the oceans floor”. You have an isolated group of characters, fighting against a barely glimpsed creature. It has a similar industrial vibe, albeit less blue collar as most of the characters are scientists of some description. And it has the same internal bickering that the crew of the Nostromo had, too. The difference comes in the setting and the quality of the actors.

Easily the most recognisable of the cast is the late, great Miguel Ferrer, although he is joined by familiar faces such as Ronn Carroll and Matt McCoy. Whilst not exactly an a-list cast, each of the actors is more than capable and none of them descend into typical b-movie overacting.

Visually, the film holds up remarkably well. Yes, the film looks grainy in places, but it is a fairly dark film, with a lot of real & faked underwater photography. The grain isn’t distracting however. Indeed it is a pleasant reminder of the fact this was shot on real 35mm film, unlike most of todays horror fare. Presented in 2.35:1 the film has an overall look that feels more like a $20m film as opposed to a sub $10m one. The soundtrack is certainly serviceable, although it won’t be winning any prizes. And I do have to praise the films production design. The underwater station looks believable. It’s all pipes, metal walls, and bulkheads. No slick, sci-fi glitz here. This is a working base, not an obvious film set.

The effects are very good as well. The miniatures used for the exterior underwater sequences are very well done indeed. And the creature when it is revealed is a very good mechanical effect. Of course, it’s effectiveness is aided by it’s sparing use. If we saw much more of it, the illusion would be ruined.

Kino Lorber have put together a pretty decent package here:

Deepstar Six if a fun, well made little sci-fi horror film. If you like Alien, you will probably get a kick out of this.