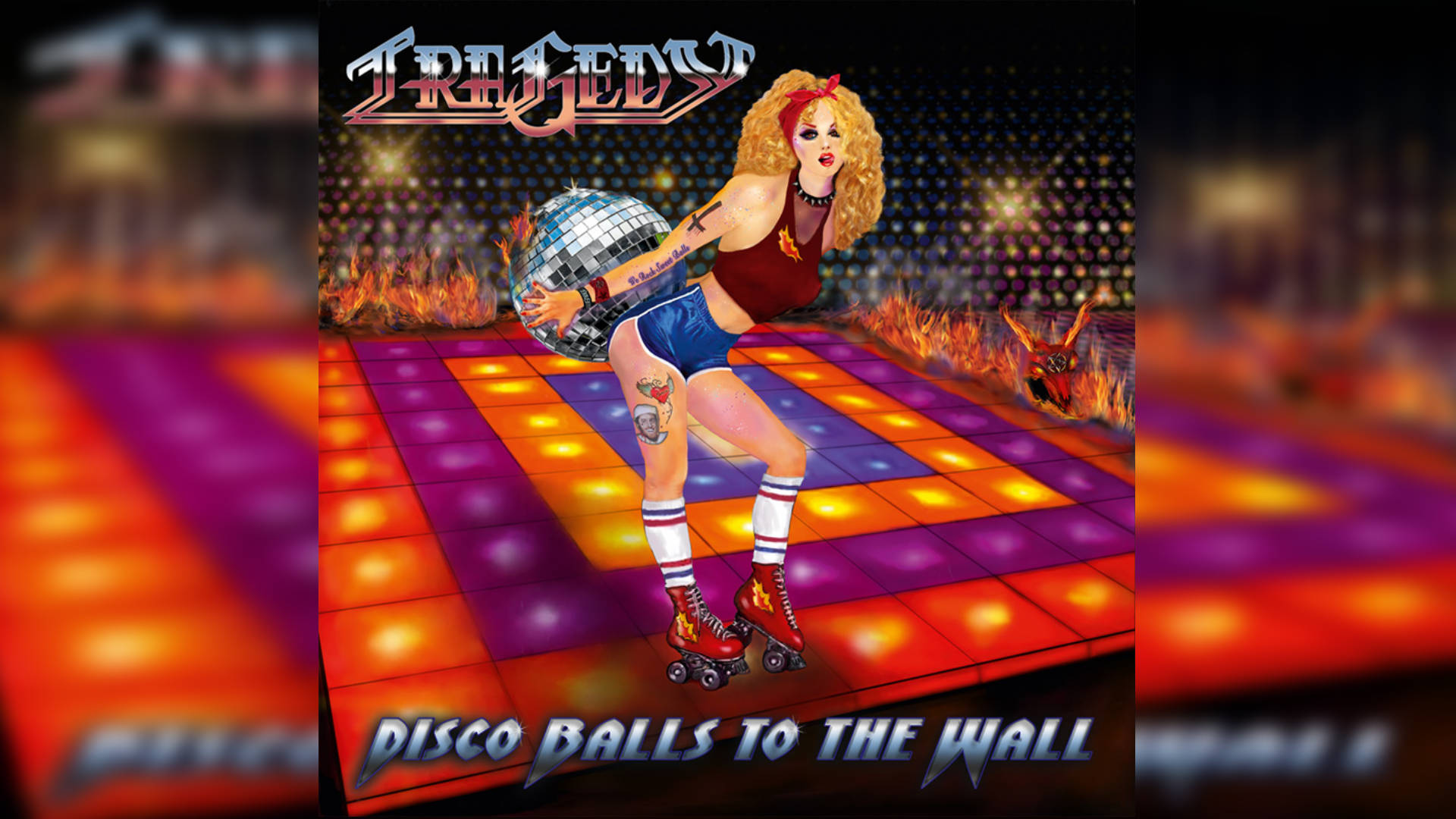 Disco Balls To The Wall is exactly what the title implies. It is a heady, exciting mix of disco/pop goodness with a true “Balls To The Wall” metal edge (Yes, that is an Accept reference). The album kicks off strongly with Tragedys blistering cover of “Gimme, Gimme, Gimme (A Man After Midnight)”, and doesn’t let up from there. Initially formed as an all metal Bee Gees tribute, Tragedy branched out into general disco/pop covers over time, and that evolution is represented here. Indeed, you are 4 tracks in before you even hit a track from the Brothers Gibb.

Each song is done in a slightly different metal style. “Raining Blood/It’s Raining Men”, for example is done very much with legendary thrashers Slayer in mind. Whilst “Sweet Caroline” channels the atmospherics of King Diamond. And it isn’t just heavy metal bangers, ether. Oh no. Tragedy even slip some ballads in there with sublime covers of “Total Eclipse Of The Heart” and “Skyfall”. Indeed, “Skyfall” is one of the albums highlights, proving just how versatile Tragedy really are. And as a special treat, legendary guitarist Alex Skolnick even pops up on the album closing live rendition of “Hot Stuff” to add his unique shred to the mix.

Disco Balls To The Wall Verdict:

If you have yet to experience the majesty that is Tragedy, the Disco Balls To The Wall is the perfect introduction to them. It’s 14 tracks perfectly encapsulate the band and what the stand for. And if you are alreay a confirmed Tragedy fanatic like myself, it’s a nice little compilation to save you jumping around your playlists for your favorite tracks.

Next post The Torture Chamber Of Dr Sadism (Blu-ray, All Region)