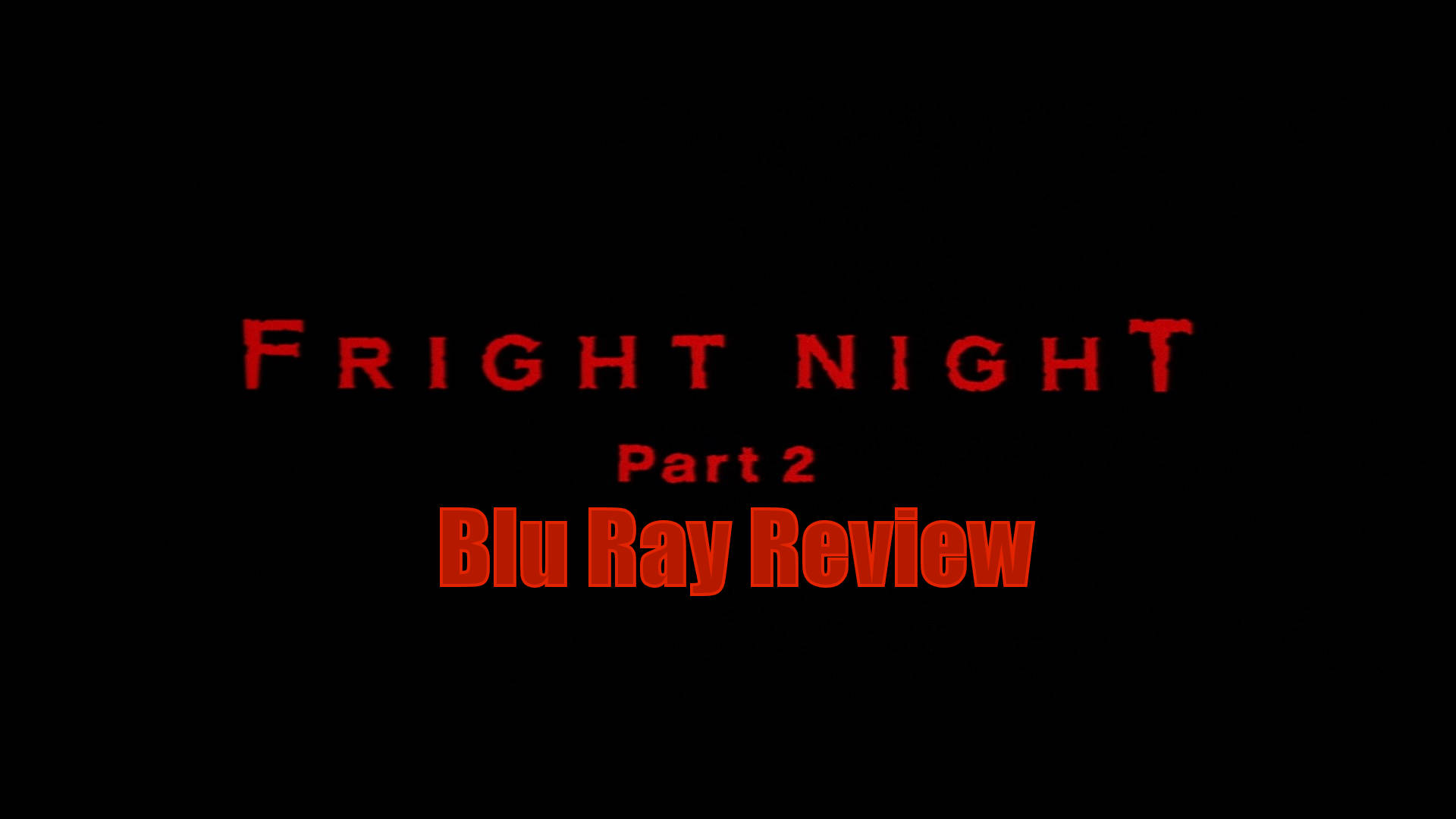 Fright Night Part 2 is the 1988 sequel to the original Fright Night. Does it suffer from the same fate as many sequels to beloved originals? Or does it raise itself above the mire to stand alongside it’s progenitor? Well, read on to find out…

Three years after killing the vampire in the original, Charlie has started to believe it was all his imagination and starts to forget that vampires truly exist – until four strangers lead by Regina, a noted actress, arrives at Peter Vincent’s house and starts to have an unhealthy interest in Charlie, Peter and Charlie’s new girlfriend Alex. It becomes clear that Regina is Jerry’s (the vampire in the original film) sister and she is determined to get revenge on the friends and plans to turn Charlie into a vampire – so that he can face his punishment for all eternity…

The above synopsis is taken from Blu-Ray.com.

So, Fright Night Part 2 is a direct sequel, retaining at least 2 of the 3 protagonists from the original. Amanda Bearse is absent as Charlies girlfriend, so a whole new character has been added to fulfil that role. Presumably, by 1988 she was too busy with “Married With Children” to do this sequel. Anyway, despite this, the film is still securely anchored around the duo of Charlie Brewster and Peter Vincent. Both William Ragsdale and Roddy McDowall give excellent performances, as do most of the cast.

The film itself is a slightly sillier take on the modern day vampire lore of the original, and is therefore a lesser film. The acting is good. The effects are good, butt he film just doesn’t have that “it” factor the original did. And I can not for the life of me put a finger on why.

As I have already said, much about the film is very good indeed. The acting is top notch. Roddy McDowall in particular is clearly having a ball as Peter Vincent. And the films effects are more than acceptable. The film is shot well enough, with some interesting camera shots and nice widescreen photography. Yes, as usual, grain rears it’s head, particularly in the darker scenes, but this is an unavoidable result of being shot on 35mm film. Sure, it could be digitally cleaned up, but that would unduly soften the image.

The films audio is perfectly acceptable, being a DTS 2.0 stereo mix, available in both Spanish & English.

Beyond this, the film just feels a bit flat. There isn’t anything in particular that stands out as bringing it down. Oh no. It’s just the whole film lacks the spark that Fright Night itself had 3 years prior. Don’t get me wrong, it is still an enjoyable film, just not as enjoyable as the original was.

This Spanish release is the only Blu Ray release of the film I can find. Sadly, it is somewhat lacking in the extras department.

And that’s your lot. The “music clip” is just a song from the film played out over a static image of the films poster.  This is disappointing, but I doubt that a small Spanish company would spring for all new making of materials, so it is what it is. The disc is also a multi region one, so it can be watched in all 3 Blu Ray regions.

Overall, Fright Night Part 2 isn’t a bad little film. If nothing else it is markedly superior to the piss poor remake and it’s sequel from the 2010s. The disc is a major let down, but ultimately, it’s nice to have the film on Blu Ray at all.

Overall, 3/5 Fiends. Would have scored better had it had a few more extras.