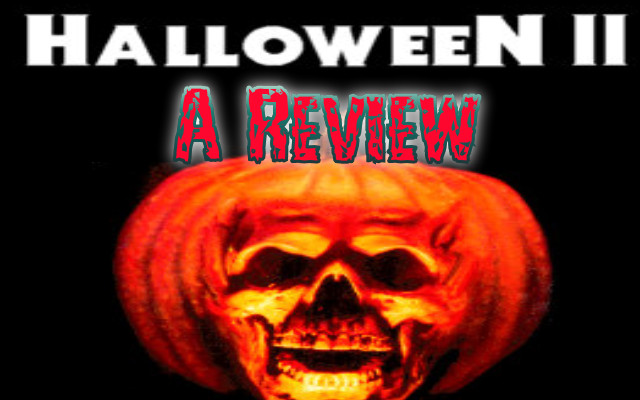 Halloween 2 is the first sequel to John Carpenters 1978 masterpiece, Halloween. The success of the original, birthed numerous imitators. These films proved so popular with cinemagoers, that a sequel to Halloween was required. It was agreed that Carpenter would be involved as producer & writer (with Debra Hill), but not as the director. Rick Rosenthal was selected as the films director. How much of the final film is actually his is often a subject of debate.

Returning from the original are Donald Pleasence, Jamie Lee Curtis, Charles Cyphers, and Nancy Stephens. A number of new actors join the cast, including 1980s nearly man Lance Guest, and Dick Warlock, who steps into Nick Castles shoes as “The Shape”.

The film itself picks up literally seconds after the original ended. Dr Loomis looks out of the window to see Michael Myers body has vanished. He sets out to find him, along with Sheriff Brackett, as Laurie Strode is taken to Haddonfield Memorial Hospital for treatment. Michael discovers this, and as the towns police and Dr Loomis comb the streets, he makes his way to the hospital, intent on killing Laurie.

The police believe Myers to be killed after a person in a similar outfit is hit by a patrol car and subsequently burned to death. After examining the bodies teeth, they establish that Myers is still alive, somewhere, and resume the search. Meanwhile, Michael Myers reaches the hospital, and begins to slaughter the staff whilst hunting down Laurie.

Eventually, Dr Loomis arrives at the hospital just in time to rescue Laurie and seemingly immolate both Michael Myers and himself, after the revelation that Laurie is Michael’s younger sister. Seemingly, the nightmare is over…

Now, since the release of the original Halloween, the genre had changed. Man of the films that followed Halloween had upped the ante in terms of graphic violence. The original film is almost entirely bloodless, being reliant on atmosphere and tension to create it’s scares. However, in the post Friday The 13th world, filmgoers wanted a more visceral experience. Legend has it that Rosenthal handed in his original cut, but the executives were unhappy. This was supposedly down to the film relying on suspense, rather than graphic violence. Ultimately, this lead to Carpenter stepping in and refilming many of the death scenes to increase the level of gore. Allegedly, he also reshot a number of other sequences, but officially, he just amped up the effects.

Whichever is the truth, the film does have an uneven feel to it. Large parts imitate the atmosphere and feel of the original well. Yet the gore scenes feel different. You can tell that a different director shot them. Not that they are bad, but there is a shift in tone which is noticeable. Despite this, the film is still a cut above the standard slasher fare that was beginning to flood the cinemas.

There are other flaws. The hospital itself is curiously empty. Barring a handful of staff and a few unseen other patients, it appears deserted. Obviously, it is a plot requirement that the lead characters to be somewhat isolated. Despite this, it seems incongruous that a hospital should be so empty. And some of the characterisation is thin to say the least. Lance Guests Jimmy, for instance seems to be a potential love interest for Laurie, but ultimately does nothing of note except discover a dead body and do a comedy pratfall in some blood. Likewise, the staff of the hospital exist as little more than ciphers to be killed at regular intervals.

Butas I said earlier, it is till a very good example of the genre. Very few slasher films bear much rewatching or critical appraisal. This is one of those few. Yes, even with the added in gore, it is still far tamer than the Friday the 13th films of the same time. Yet it retains an atmosphere for the most part, that can chill. Indeed, I would argue that until Halloween 2018 came along, it was the perfect end to the series.

For more information about this, and other entries in the franchise, visit: https://halloweenmovies.com/