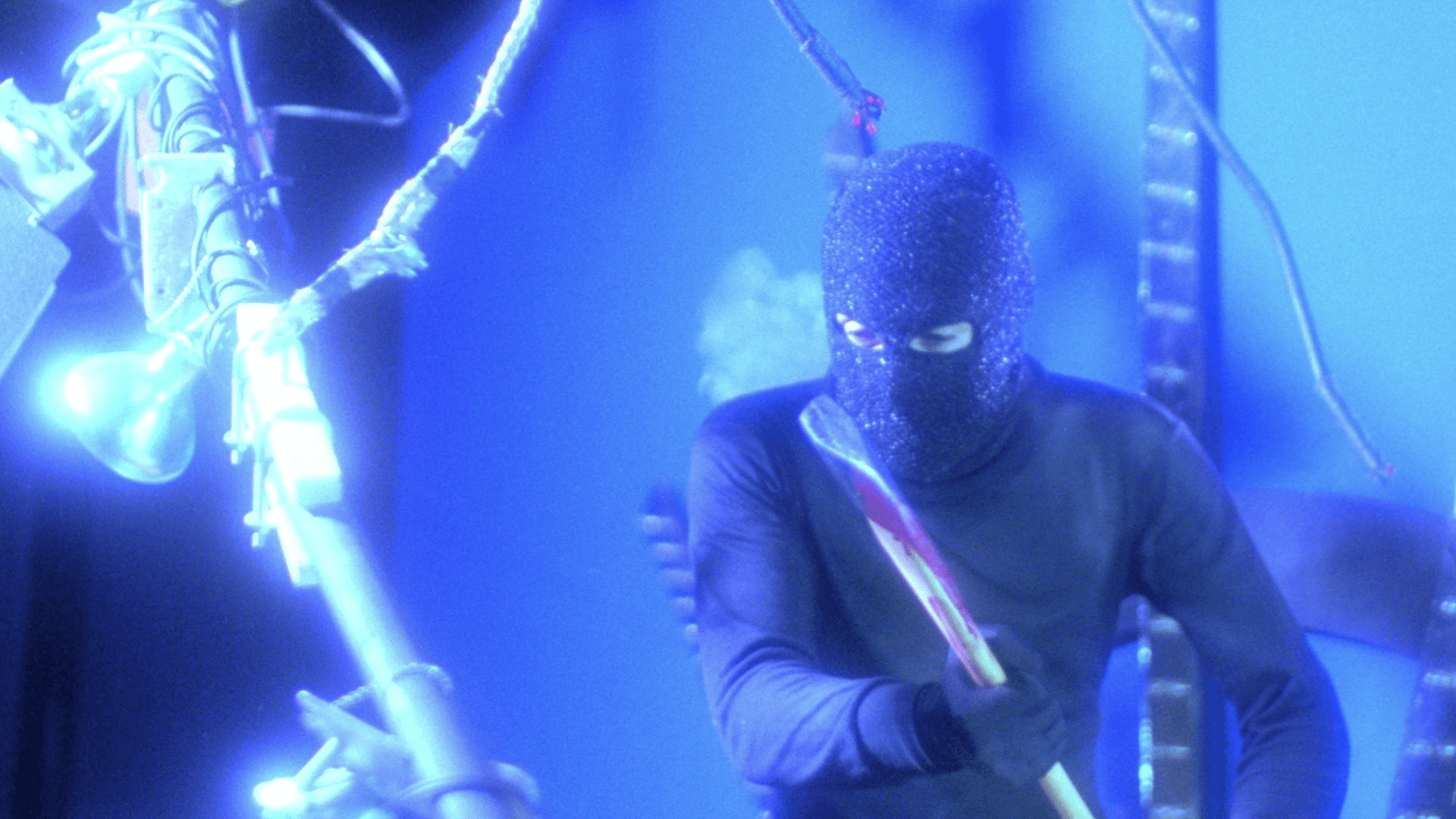 Prom Night was part of the deluge of hasher films that followed in the wake of John Carpenters megabit Halloween. Thankfully, it is one of the better ones, as we shall see. But is this Blu Ray set worthy of your money? Well, why not read on and find out?

Four Hamilton High seniors are hiding a terrible secret. What happened to Robin Hammond six years ago was a game that turned into a horrible tragedy, and someone saw what they did… someone waiting for gruesome revenge! Wearing a black hood and wielding an axe, a killer brutally slaughters the teenagers one by one at their high school prom. As the spotlight falls on the newly crowned prom king and queen, the psychopath will show everyone his new favorite game to play…

So, the plot is a fairly standard slasher set up. A tragedy in the past sets up some homicidal revenge years later. While this plot would be endlessly recycled over the coming years, in Prom Night it was fairly fresh.

Prom Night came right at the start of the wave of slashers that followed Halloween. Indeed, the film was initially offered to Halloweens Irwin Yablans, before Peter R Simpson took on the producers role. Being an early entry into the slasher wave, the film isn’t quite what most fans would expect. After the initial tragic event, we don’t get an actual on screen death until just over half way through the film. And the deaths we do get are very minimally gory. While they are certainly bloodier than Halloweens, they are far more tame than say, Friday The 13ths creative kills. However, that doesn’t harm the film at all. The relatively low body count, and slow build create quite an atmosphere in fact.

The film features a major red herring throughout as the local police hunt down an escaped psycho they believe responsible for a number of nasty phone calls. This is largely rendered redundant however, as the killer is right under the audiences nose the entire time. Of course, guessing who it is is almost impossible as there are literally zero clues given (a nod to Friday The 13th perhaps?) until the reveal. And even then, that isn’t the most abovious at first, requiring a full denouement to explain itself.

The film is quite well acted by the main cast. Leslie Neilsen takes top billing, here just before his big 1980s career renaissance. Co-headlining with him is the inimitable Jamie Lee Curtis, in the 2nd of her forays into “Scream Queen” territory (at the time). Here, her part is a little more meaty than that of Laurie Strode, although as is typical of the genre her character is wafer thin at best. The remainder prof our “teen” protagonists are largely forgettable (and stretch the typical casting a 20-something as a teen trope to the limit at times), yet fill their avatars well enough (slut, jock, bully, nice girl, etc).

And the film is very well made. Yes, the cinematography is a little soft in places (which seems to have been a stylistic choice), but the shot composition and lighting work really well. This film absolutely screams “end of the 70s” with its disco fashions, gaudy colours, and groovy hairstyles. And the soundtrack is equally as good, with some thumping disco beats that defy the usual logic of being bad imitations of genuine hits.

Yes, the plot is quite basic, but it works. And that’s the key. Many of this films cinematic bretheren were barely coherent, yet Prom Night stand sup with a logic that just about holds together.

The disc I have is the 2014 US Region A release by Symnapse Films. Overall, the presentation is pretty damned good, really. The film was mastered in an all new 2k scan, which made the film look leagues ahead of the previously released VHS & DVD editions. They also created a new 5.1 audio mix to sit alongside the original 2.0 mono one.

Extras wise, we get the following:

So, overall, not a bad selection really.

Overall, if you are a slasher fan, then this disc is a must. The film looks great, it’s damned enjoyable, and it can be found for a reasonable price online.