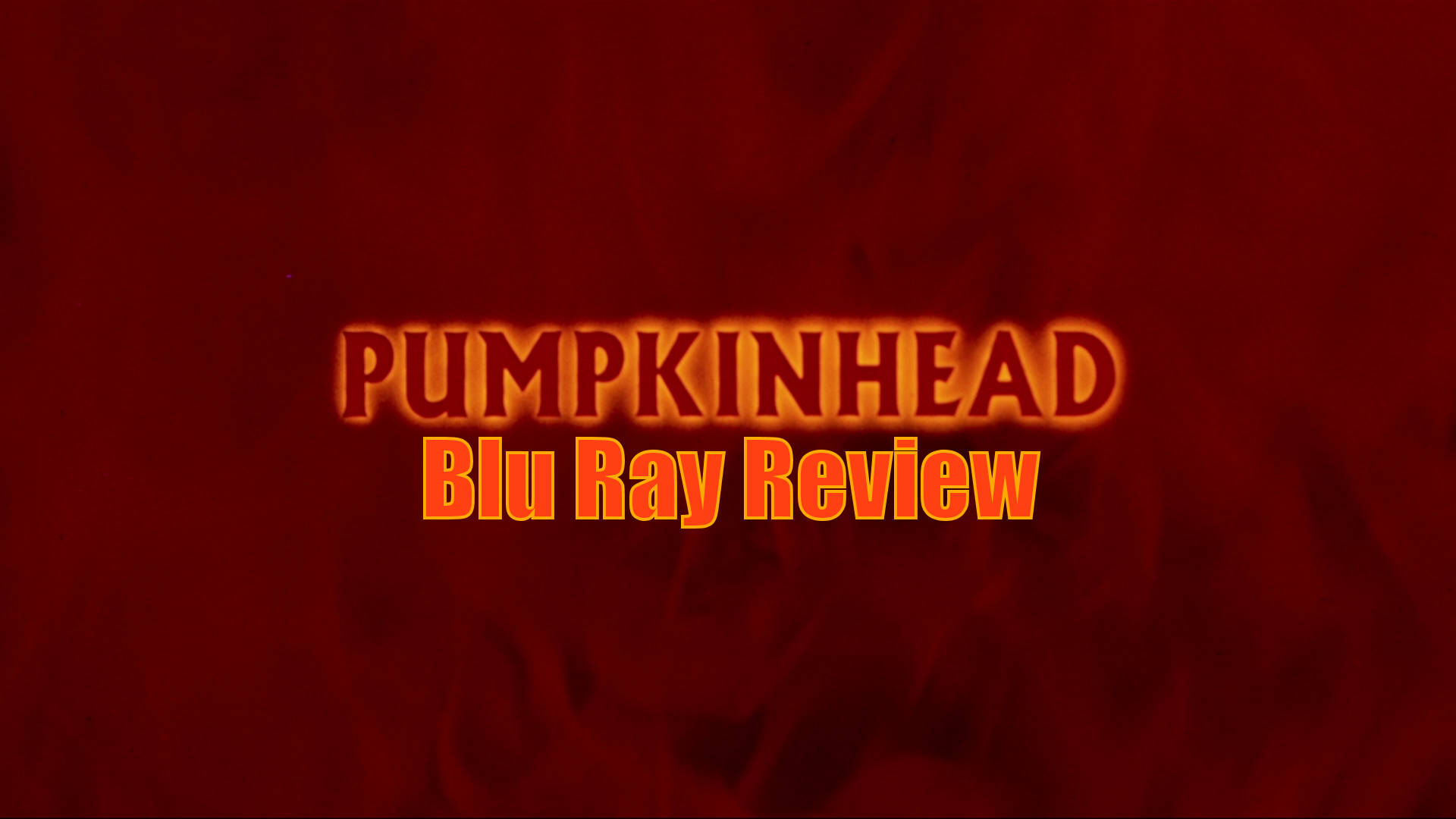 Pumpkinhead was the directorial debut of SFX legend Stan Winston. An effects heavy supernatural horror/monster movie, Pumpkinhead is another cult favourite amongst horror aficionados. But is it worthy of the praise often heaped upon it? Or ios it just another late 80s horror potboiler? Read on to find out….

“For Each of man’s evils a special demon exists …”, so say the Inhabitants of the backwoods where a small boy has accidently been killed by a group of bikers. Some call the tale a myth, but Ed Harley (Lance Henriksen), the boy’s father, knows better. As a small child, he once saw Pumpkinhead carrying out his evil work. Now to seek a primitive desire for revenge against the reckless bikers, he summons the hideous monsters to rise again. He did not realized what horrors would follow …

At it’s heart, Pumpkinhead is a simple revenge tale. Instead of the grieving father seeking retribution on the young bikers himself, however, he calls forth a demon. And that demon is Pumpkinhead. Relentless in it’s quest for revenge, the demon takes it’s toll on Ed, who realises, perhaps too late, that the price of revenge may not be worth paying after all.

The core story is quite basic, but it works remarkably well. The backwoods setting really helps layer on the mood, and grounds the folklore around Pumpkinhead in an almost believable reality.

Pumpkinhead wa directed by sfx wizard Stan Winston, so as you would expect there is a lot of focus given over to the films effects work. And it is superb effects work at that. The titular demon is an outstanding mix of animatronics and human performance in a suit. This reliance on a real, physical presence really aids the film. In an era where almost everything is achieved through CGI, the sheer physicality of the demon suit is refreshing to see. The 1980s was a golden age for practical effects, and those on show here are at the absolute peak of the game. Within a few short years, the CGI revolution would be in full swing, and we would rarely see effects like these again.

Winston shows an incredibly cinematic eye for shots here, creating an atmosphere that is oppressive and haunting through clever use of light, shadow, and location. Visually, this blu ray is the best I’ve certainly ever seen the film. Yes, like many films of this vintage there is grain present, but hats what you get when using 35mm stock. the audio is more than acceptable, keeping dialogue clear.

The film is also incredibly well acted. I have to note the central performance by Lance Henriksen. He portrays the grieving father incredibly well. You can feel his sadness and anger practically fill the screen at times, such is his intensity.

Scream Factory have put a few decent features on this disc:

This is an essential film for all 80s horror fans. You genuinely shouldn’t be without a copy of it.

Next post The Monster Squad (Spanish Region B Blu Ray)