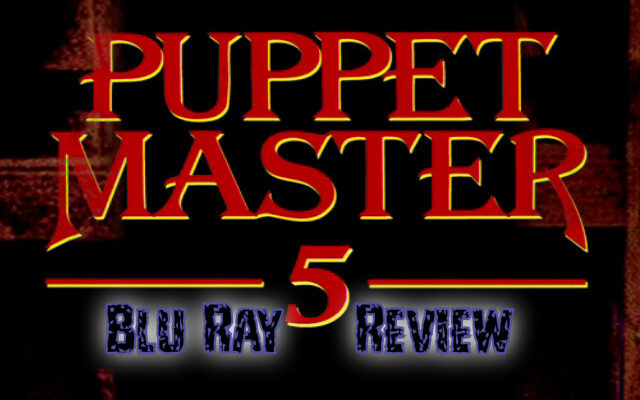 Puppet Master 5 arrived less than a year after the previous entry. A direct continuation of the previous film, it was shot back to back with it. The story carries on the Sutekh plotline, and carries over the lead heroes. Witchfinder General alumni Ian Ogilvy joins the cast to add some name value, but is this a good film? Read on, dear Fiends, and find out…

Taken from the 88 Films shop:

Toulon’s secret continues…The fifth exciting entry in the Puppet Master franchise. In the darkened Bodega Bay Inn, the greedy Dr Jennings has come to pilfer Blade, Six Shooter, Jester, Pin-Head, Torch, Tunneler, and Decapitron to discover the source of their animation.
Hoping to get rich quick, he plans to sell their secrets as implements of war. Sutec, the dark pharaoh from another dimension, has sent his own puppet, Totem, to continue his quest to kill Puppet Master Rick and steal the magic which animates the puppets. Caught between the two foes, the half pint heroes must revive Decapitron and preserve the magic formula which gives them life with the life of the Puppet Master hanging on a string!

Shot back-to-back with the previous film, Puppet Master 5 feels very similar. Retaining the heroes, and many of the special effects creations, it could almost be the 2nd half of 1 continuous feature.

Like it’s predecessor, the film is incredibly well shot, and very well acted. Ian Ogilvy adds some class to the cast as this films human villain. Although it must be said, that even he can’t resist hamming it up a bit! The Sutekh plot carries on, with the demon god sending yet another totem to our world. Again, his intent is to retrieve Toulons secret.

Plot wise, this film does something that many sequels don’t: It puts the survivor from the last one into the position of being the prime suspect for the deaths that had occured. It’s embarrassing how infrequently this is done, yet here it is. And it adds a sense of logic to an otherwise outlandish and illogical world.

Like the previous film, the gore has been pared back, in favour of plot and scene setting. And like the previous entry, the film is all the better for this. It allows the film to maximise it’s budget without having to cut corners on things such as lighting, camera angles, or acting ability.

The discs extras step back up to the level seen on parts 1-3:

Much like the previous entry, Puppet Master 5 is a well shot, highly entertaining slice of schlock.

Next post Return Of The Living Dead print comparison update 2020