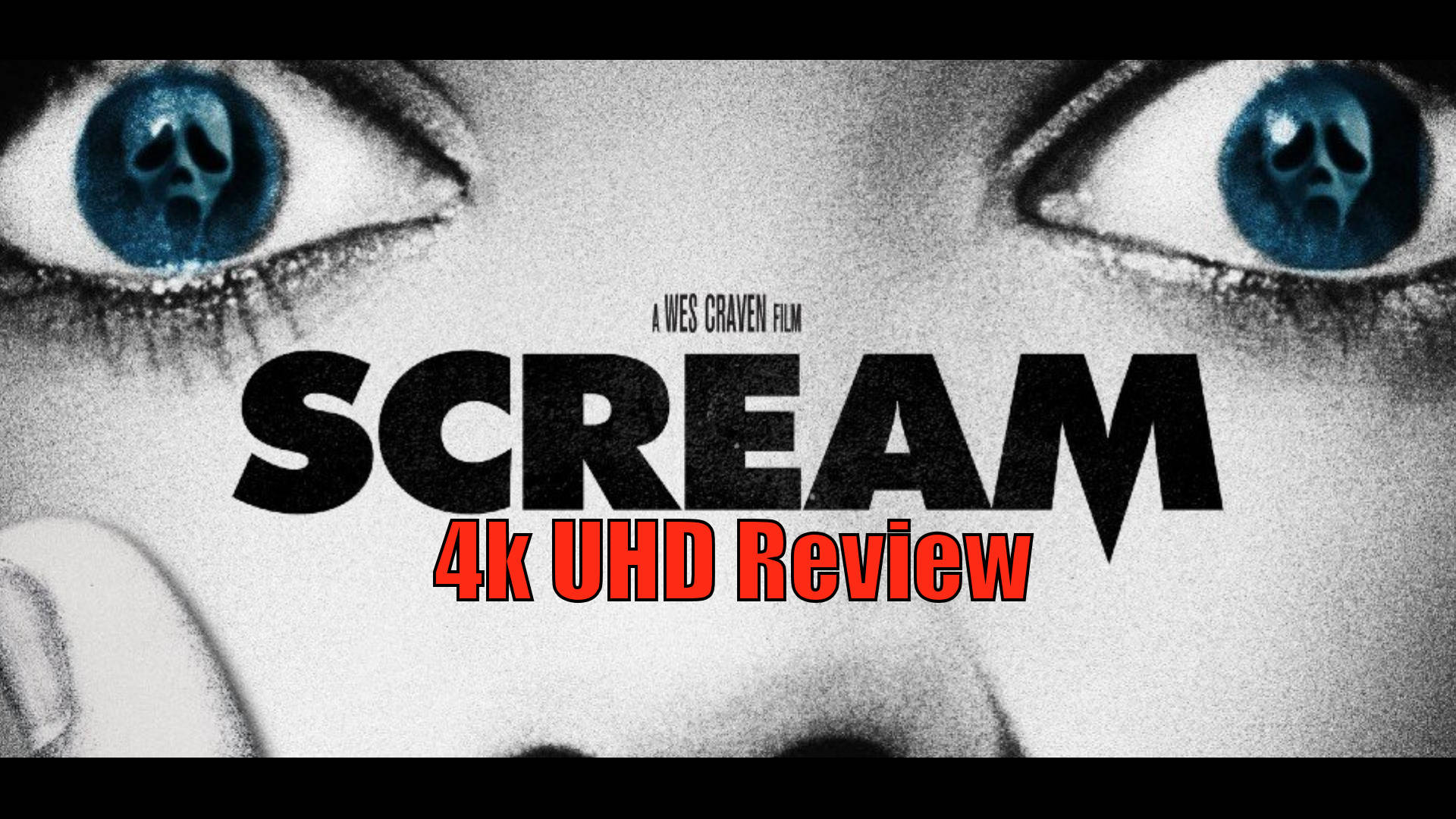 The Scream 4K UHD is here, but is it worth your money? A fresh release of the late 90s post modern slasher revival, Scream on 4K promises never before seen levels of detail. And all that detail surely makes for a scarier movie, right? Well, read on to find out…

After a series of mysterious deaths befalls their small town, an offbeat group of friends led by Sidney Prescott (Neve Campbell) becomes the target of a masked killer. As the body count rises, Sidney and her friends turn to the “rules” of horror films to help navigate the real-life terror they’re living in.

So, Scream takes a very post modern approach to it’s subject matter. Wes Craven had previously explored a post modern horror film with his return to the ANOES series, “New Nightmare”. Whilst critics loved that take on the franchise, audiences were somewhat reluctant. Scream, however, seemed to resonate with a more media savvy youth audience who knew the tropes of the slasher film inside out.

And this is why the plot works. Yes, its as basic and silly as any slasher film before it. But the knowing dialogue, and character who are in on the gag make it work in a way many of it’s predecessors didn’t.

As already mentioned, Scream takes a post modern approach to it’s subject. By being so “in the know”, the film manages to utilise the tropes of the slasher genre without becoming just another entry in the genre. The characters are all smart. They know the tropes of the slasher movie, and they understand how a real-life killer is using them to commit a series of brutal killings. Yet at no point does any of them come across as smug. This is down to Kevin Williamsons smartly written script. It allows the characters to be knowledgeable, yet still make human mistakes that lead to their deaths.

And despite being archetypes, the characters all feel well rounded, especially by the standards of the genre. Neve Campbell makes for a believable heroine. She is naive when she needs to be. Vulnerable, yet ultimately strong enough to survive the nightmare she finds herself in. And the other characters are just as well written. Each one of them is believable enough to keep you interested in their fate. And for us horror nerds, Randy is literally ourselves on screen.

The films infamous opening scene is what grabs you though. Every slasher has a pre-credits kill. It’s part of the deal. Yet this one manages the “Psycho” rug pull. Drew Barrymore (easily the biggest name in the young cast) is front & centre from the off. Yet by time we reach the opening credits, she has been brutally dispatched, throwing the audience off their expectations. And this tone carries on. Sure the tropes are used, but often in a way that isn’t quite what you expect.

Scream 4K comes on 2 discs. The first disc is the 4K UHD disc, and features just the film. Presented in 2.35:1 widescreen, the film looks pretty damn good. Yes, it isn’t a reference 4K disc by any standards, but it is more than good enough, and certainly is an improvement on the previous releases of the film on home media. There are various audio options, all of which sound pretty damn good to me.

Disc 2 is the standard def Blu Ray (from which my screenshots are taken), and contains the film, plus a bunch of extras as follows:

If you have a 4K Blu Ray player and enjoy slasher movies, then the Scream 4K release is a must. Easily the best presentation of the film on home media, it is a more than worthy addition to any discerning horror fans collection.