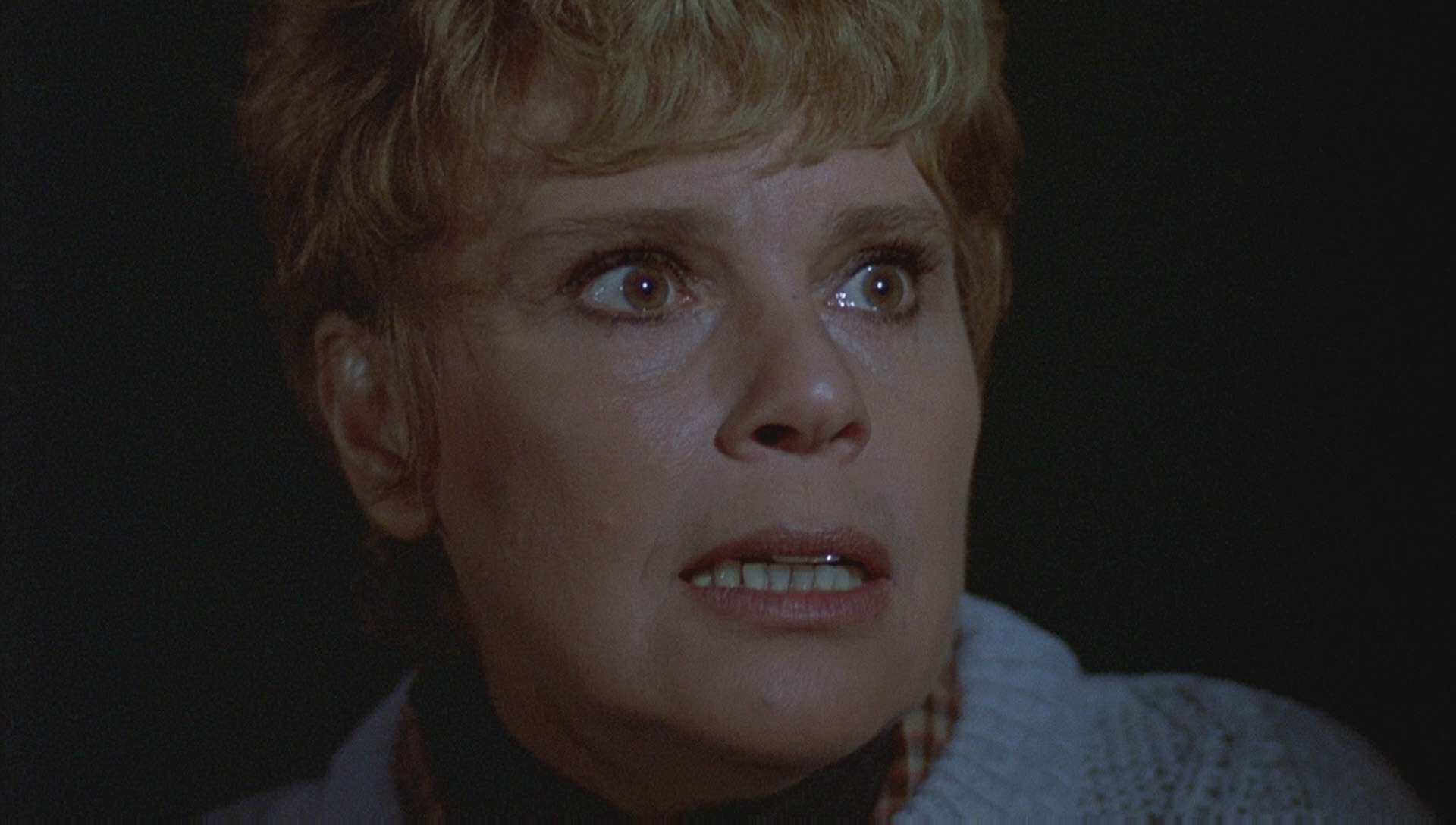 Slasher movies were the de-riguer form of horror film in the 1980s. Prompted by the success of John Carpenters “Halloween” and Sean Cunninghams “Friday The 13th”, they were a cheap way for an enterprising producer to make a quick buck. But what exactly is a slasher movie? Where did the come from? And what happened to this once dominant form of the horror genre? Well, read on to hopefully find out…

The origins of the slasher movies are somewhat up for debate. Many horror fans point to Mario Bavas 1971 film “A Bay Of Blood” as the progenitor of the genre. It certainly has many of the hallmarks of later slasher movies, such as the elaborate murder set pieces, and high body count. However, I would say that the genres origins go back further still. Alfred Hitchcocks “Psycho” (1960) is very much a proto-slasher. There is an element of mystery to who the killer is. The victims are often seen in a first person perspective from the killer. Indeed, for my money, “Psycho” lays down the foundations of the genre, and “A Bay Of Blood” builds upon them.

The style that became recognisable as the slasher, however truly came to the fore with John Carpenters 1978 release “Halloween”. This took the template laid down by Bava & Hitchcock and practically codified them into the genres really very rigid structure. We have the opening kill set some time before the bulk of the films action. Then we have prowling first person shots from the killers POV. The films have the clearly defined protagonist characters, including the “Final Girl”. And we have the almost powerless authority figures. Plus we have the sex & nudity. What we don’t have is lashing of gore. Carpenter wisely avoided this, and kept the onscreen mayhem largely bloodless, preferring to use atmosphere instead.

Following the success of “Halloween”, the film that really kick-started the trend however, was “Friday The 13th”. This low budget cash in set the core template for the next decades worth of slasher movies. It took “Halloweens” core structure, and added those final few touches needed to truly solidify the genre. Most notably, it re-introduced the elaborately gory kills from “A Bay Of Blood”, and thus the “golden age” of the slasher movie was born.

The “Golden Age” of slasher movies:

After the release and subsequent box office success of “Friday The 13th”, film-makers sought to cash in quickly. Soon, literally dozens of copycat films were in production. And to stand out at the box office, they began to rapidly up the ante in terms of sex and violence. Films such as “The Burning”, “The Slumber Party Massacre”, “Sleepaway Camp”, and “Prom Night” rapidly hit cinema screens to varying degrees of success.

As these films flooded out, a simple formula of unseen killer vs teens began to coalesce. Another trope that was quickly established was the concept of the “final girl”. This resourceful heroine was often the most relatable character in the film for the teen audience. They usually were the “good” girl, abstaining from all the “sins” those characters who were less fortunate indulged in. And what sins, indeed! Whilst sex had been a long time component of horror films, rarely was it as up front and gratuitous as in slasher films. Shower scenes, POV shots through bedroom windows, illicit sexual liaisons… they were all present and correct. And of course, it was almost exclusively female flesh on show. Indeed, a number of actresses made careers out of being scantily clad/nude “scream queens” in the slasher genre.

This “golden age” lasted a while. The big franchises established a pattern of releases. Halloween saw a direct sequel, imaginatively titled “Halloween II”, and the Friday The 13th film turned into the genres most resilient and prolific franchise (12 films and counting). But trouble was just around the corner. In response to the heightened levels of sex & violence on display, the MPAA (and BBFC in the UK) began to gut the slasher movies. The gory deaths began to be diluted own to near bloodless montages of quick edits. The nudity remained, but became more restrained (ie mostly just topless shots as opposed to full on nudity). And this did ultimately have an effect. Beyond the Friday The 13th Franchise, most slashers began to drift towards the burgeoning home video market.

The “Golden Age” ended for me with the release of A Nightmare On Elm St. The last of the big franchises to launch, it was the last cinematic slasher to spawn a franchise until Scream in the mid 1990s.

The straight to video era:

As the home video market boomed on both sides of the Atlantic ocean, the vast majority of the slasher movies became straight to video fodder. Indeed, as a horror fan, the era of the video store was almost a secondary golden age. The horror section in most video stores groaned under the weight of slasher films. The Sleepaway Camp films became a straight to video series. Films that had flopped at the box office, such as April Fools Day found a second life in the rental market. And countless quick & dirty knock of titles found their way into millions of VHS players the world over.

Throughout this era though, the genres “big 3” maintained a theatrical presence. The Friday The 13th films settled into an annual release cycle, with the expected diminishing returns after the massive success of the supposed “final chapter” of Part 4. A Nightmare On Elm St survived a wobble with it’s first sequel to become the biggest horror box office draw of the decade (un till the release of part 5 in any case), and the Halloween films forged on despite losing their way somewhat. But nothing new became a box office sensation.

Slasher films returned to box office success with the release of Wes Cravens cleverly meta Scream. Released in 1996, slasher films were all but dead at this time. Even the behemoths that were Friday The 13th and A Nightmare on Elm St were on ice at this time. Yet Scream appeared as if out of nowhere and thanks to a whip smart script shone a fresh light on the genre and it’s tropes. The success of Scream sparked a mini revival with 2 immediate sequels, plus a host of imitators, such as I Know What You Did Last Summer, Urban Legend, and many others. Even the venerable Halloween franchise was resurrected for the really rather decent Halloween H20 in celebration of the 20th anniversary of the original.

The revival would ultimately peter out, but there would be the occasional flicker of life in the genre at the cinema. Halloween provided audiences with a further sequel, plus a brace of remakes by Rob Zombie. Friday The 13th would return with the much maligned Jason X, and then the ultimate slasher happened…

The last hurrah of the classics:

Yes, Freddy vs Jason was the last really big hurrah for the classic franchises of the slasher genre. A massive box office smash, the film gave both characters (and franchises) a fitting finale. But something was brewing in Hollywood. Remakes were the way forward, or so it seemed. The Texas Chainsaw Massacre was remade and was a reasonable hit, to boot. This was followed by the aforementioned Rob Zombie Halloween remakes, a remake of Friday The 13th, and A Nightmare On Elm St. Some of these were good. Others, not so good. But they showed there was still life in the genre, and a thirst for slasher movies from audiences.

In the last decade and a half or so, the slasher movie has remained a stalwart piece of the horror genre. The Scream franchise resurrected itself, first with Scream 4 (or Scre4m as the posters had it), then a fresh reboot simply entitled Scream. Halloween returned with the phenomenally successful Halloween (2018) and it’s sequel Halloween Kills. Films such as Cabin In The Woods played games with the slasher tropes. The only things missing were a new Nightmare film, and a new Friday the 13th film (although the legal troubles behind the scenes were responsible for this, not a lack of demand from audiences).

And that brings us up to date with the slasher movie in 2022. What follows is my personal “recommended viewing” list:

A Nightmare On Elm St Part III: The Dream Warriors, The Stepfather (1987).