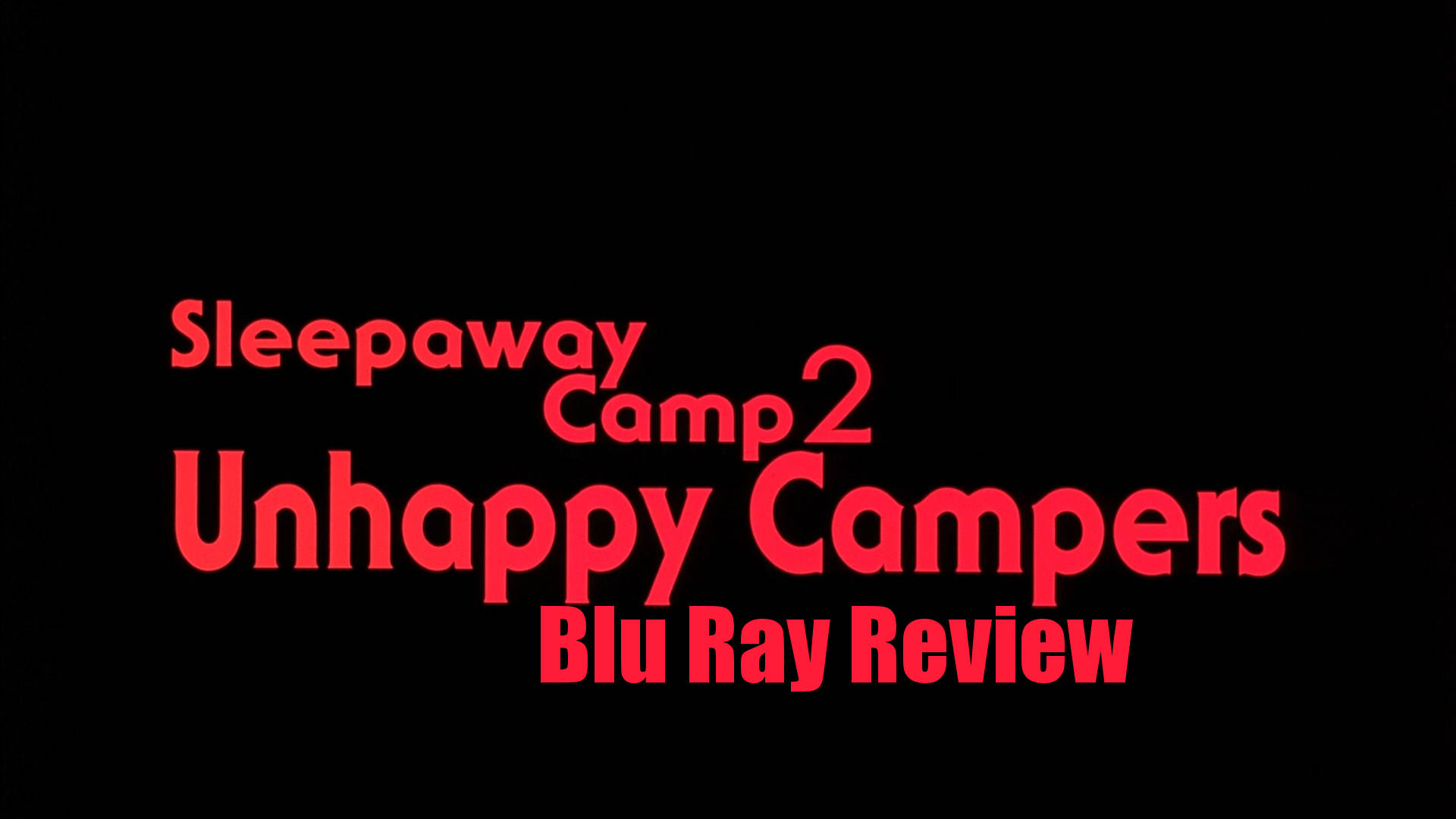 Sleepaway Camp 2: Unhappy Campers is the 1988 sequel to the cult slasher hit, Sleepaway Camp. It continues the story of deranged killer Angela, but spins off down a different route to the original. But is it any good? Is it worthy of your time? Well, read on to find out…

Five years after the horrific slaughter at Camp Arawak, Angela (Pamela Springsteen, Fast Times at Ridgemont High) has created a new position for herself as a counsellor at Camp Rolling Hills. Angela is about to teach “bad campers”, a brutal lesson in survival when they are sliced, stabbed, drilled… and much worse.

So, as you can see, the film picks up 5 years after the original. Angela is now living as a woman (having had a sex change apparently), and has returned to camp. This time, instead of being a shy, barely talkative teen, she is reborn as a wisecracking, puritanical killer. She cuts a swathe through her fellow campers, using some truly unique ways to kill.

The way the film is scripted, it takes a very knowing look at the genre. Indeed, much like Jason Lives, Sleepaway Camp 2 is a very meta, post modern horror film. And this helps it stand out from the scores of identikit Friday The 13th rip-offs.

Sleepaway Camp 2 takes the post modern approach, and ramps up the humour levels. Angela is now much more in the Freddy Krueger mode. She always has a quip when she disposes of a victim, and there are plenty of nods to other genre films. We even get takes on Freddy, Jason, and Leatherface in one sequence. This does distance this film from it’s predecessor in a major way. The original was played straight, even with the surprise twist at the end. Sleepaway Camp 2 is most definitely played for laughs. The post modernism on display very much points to where the genre would go in the coming decade, albeit in a more overt manner than say, Scream. At times, it feels like Angela is aware she is in a film, rather than “reality”, such is her flair with her murders.

Visually, the film is much brighter than most slasher films. Even the night scenes are very well lit, although the low budget curse of film grain does rear it’s head at times. The colours do pop though, as this transfer is really rather good. And it looks really sharp, too. Audiowise the very heavy metal dominated soundtrack comes across really well, considering the budget and provenance of the film.

88 Films have put together a pretty reasonable package for this entry in their “Slasher Classics Collection”:

So not a bad selection, although a commentary would have been most welcome indeed.

Overall, 88 Films have put together a pretty decent little package here. Easily available for around £10, this is more than worth the outlay if you don’t already own it.