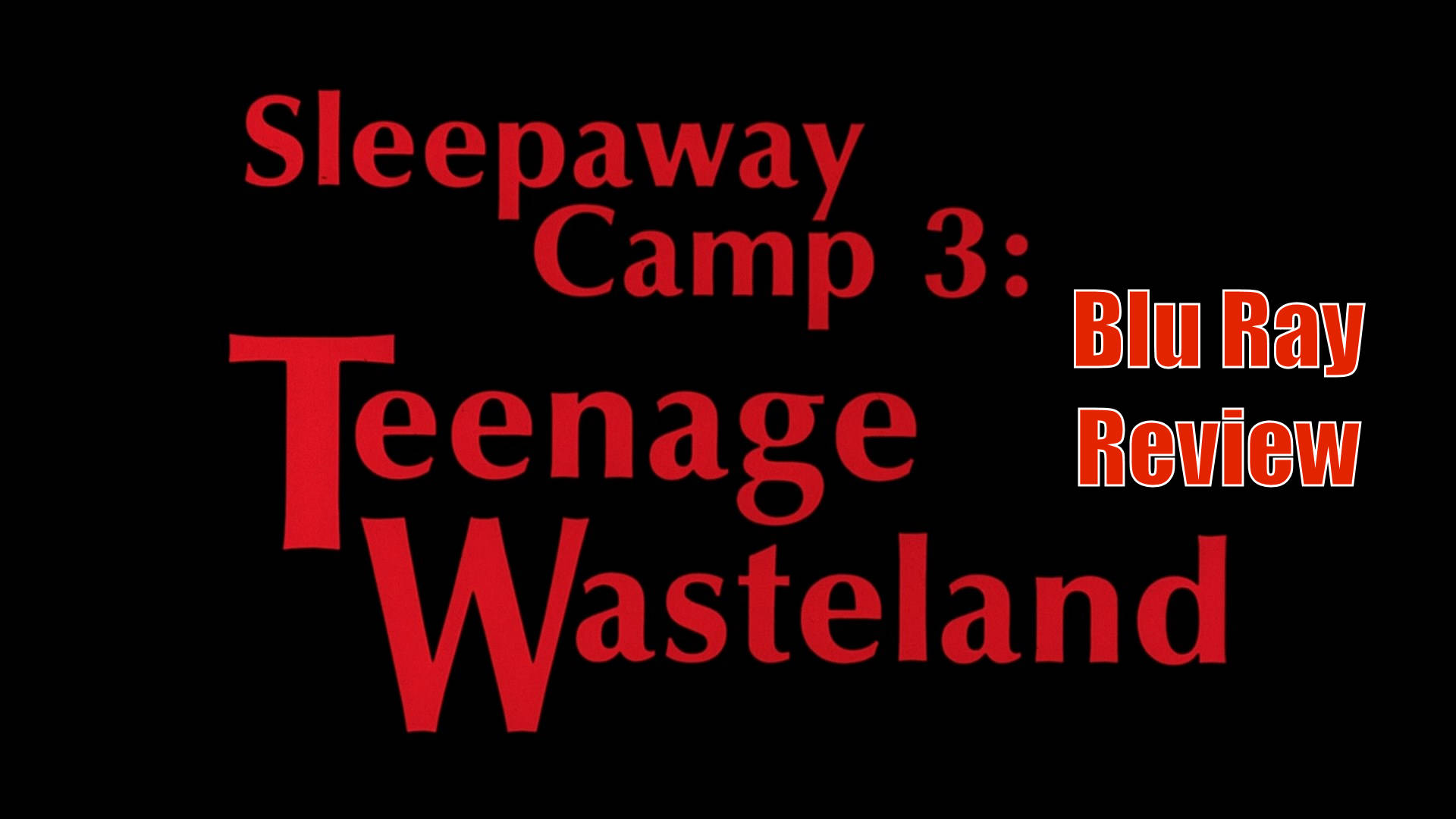 Sleepaway Camp 3 arrived 1 year after Sleepaway Camp 2 hit video store shelves. Was this enough time to craft a worthy sequel? Or was this yet another straight to video slasher cash in? Well, read on to find out…

Welcome to Camp New Horizons, where an autumn retreat brings together a group of obnoxious rich kids and surly city thugs for an “experiment in sharing.” Under new inept management, this is the ideal setting for notorious psychopath Angela Baker to join the camp and do what she does best – eliminating “immoral” teenagers with everything from a knife to a lawnmower.

So, once more we have the most basic of plots. Angela is at a camp, albeit pretending to be one of the campers this time, killing anyone she deems immoral. Which to be honest seems to be everyone. There is nothing fancy on convoluted here, just a psycho killer doing what they do.

Sleepaway Camp 3 continues in the jokey, post modern tone of the previous entry. This is hardly surprising as the film was written & directed by the same person as part 2. And Pamela Springsteen continues to portray Angela as a wisecracking Freddyesque figure. She is fully aware of the ludicrous ways she is killing people, and wholeheartedly embraces the crazy.

Like Part 2, this film rattles along at a fair old pace. With a runtime of barely 80 minutes, it starts as it means to go on, with an overly excessive kill. From there, the action barely pauses, with regular bouts of psycho killer mayhem to keep the viewer entertained.

Yes, this film is shallower than a puddle. And yes, there is no mistaking it for one of the genres top tier pictures. But it does provide exactly what the audience wants. You get all the requisite sex and violence. There is liberal use of humour throughout to keep the mood nice & light. Indeed, without the humour both this and Part 2 could be very mean spirited and grim films. Visually, this film looks quite different to many of it’s peers, with the bulk of the action taking place in well lit, daytime environments. Shot on 35mm, there is a fair amount of grain present, but not to a distracting level. And the film sound pretty good as well. Yes, it’s only a 2.0 mono track, but it more that adequately does the job asked of it.

Sleepaway Camp 3 isn’t the most stacked of releases, especially when compared to the Region A set from Scream Factory. It does, however, have a few extras contained within:

So, not exactly bare bones, but not brimming with extras either.

Ultimately, Sleepaway Camp 3 is a fun, if somewhat lightweight, slasher film from the genres dying days. If you just want to see obnoxious teens offend in outrageous way, you could certainly do an awful lot worse.