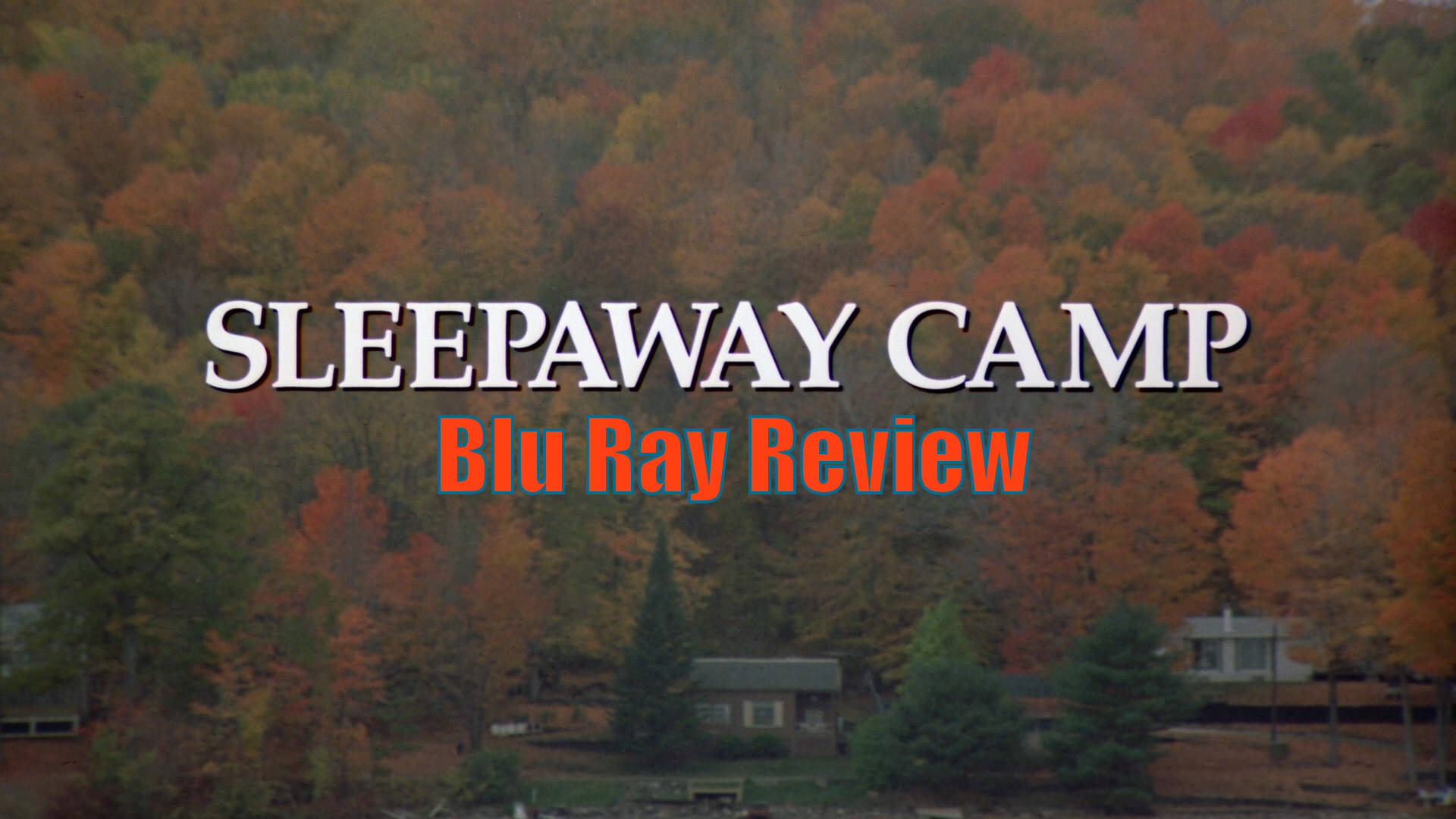 Sleepaway Camp is quite possibly the most notorious of the slasher films to cash in on the success of Friday The 13th & Halloween. Cribbing the summer camp setting from Sean Cunninghams surprise hit, Sleepaway Camp was darker, harder, and nastier. But is ti worthy of it’s cult like reputation? Or should it be consigned to the pile of cheap & cheerful cash ins? Well, read on to find out…

After a terrible boating accident killed her family, shy Angela Baker went to live with her eccentric Aunt Martha and her cousin Ricky.

This summer, Martha decides to send them both to Camp Arawak, a place to enjoy the great outdoors. Shortly after their arrival, a series of bizarre and violent “accidents” begin to claim the lives of various campers. Has a dark secret returned from the camp’s past…or will an unspeakable horror end the Summer season for all?

The above synopsis is taken from the Scream Factory website.

So, Sleepaway Camp takes the basics of pretty much every summer camp set slasher. You have the camp by the lake. You have the teenage counsellors, a few “responsible” adults, and a whole gaggle of kids. Excpet in this film, the kids are the main focus, not the counsellors. The story revolves around them in a way not often seen in slasher cinema.

Sleepaway Camp certainly has a less “light” tone compared to Friday the 13th. The kills are much more brutal in their own way. I mean, you will never look at a pair of curling tongs the same way again after watching this. And the fact that some of the kills happen in broad daylight just adds to this. Sure, there is still plenty of “creeping around in the dark” as you would expect, but brightly lit kills… that’s a whole different thing.

And the fact that the kids have an active role in this adds to the films darkness. Typically, the kids are “immune” to the killer and their actions. But not at Camp Arawak. Here, they are very much in danger, a surprisingly nasty turn of events. The film also touches on some subjects some may find disturbing, such as paedophilia, child abuse, gender issues, homosexuality, and PTSD. It handles them about as respectfully as you would expect from a cheap 1980s slasher. Which is to say not very respectfully at all.

This comes to a head in the films infamous climax. I won’t spoil too much here, but the shock reveal comes out of nowhere, with nary a hint of what’s to come.

Visually, the film looks pretty good. For a ultra low budget ($350k) independent horror movie, it actually scrubs up pretty well. The new 2k transfer really helps the film look as good as it quite possibly ever has done. Yes, the night scenes in particular are quite grainy, but as ever this is to be expected. There is some interesting cinematography shown, but nothing on a par with Halloween for example. The films audio is functional, and does the job.

Sleepaway Camp comes in a dual disc set, featuring both a Blu Ray and a standard definition DVD. The extras are as follows:

So, once again Scream Factory have come up trumps with a solid set of extras. You also get a reversible sleeve with the original artwork, and a newly commissioned piece to choose from.

Sleepaway Camp is well deserving of it’s status as a slasher film legend. It belongs in the top tier alongside Halloween, Friday the 13th, and A Nightmare On Elm St.