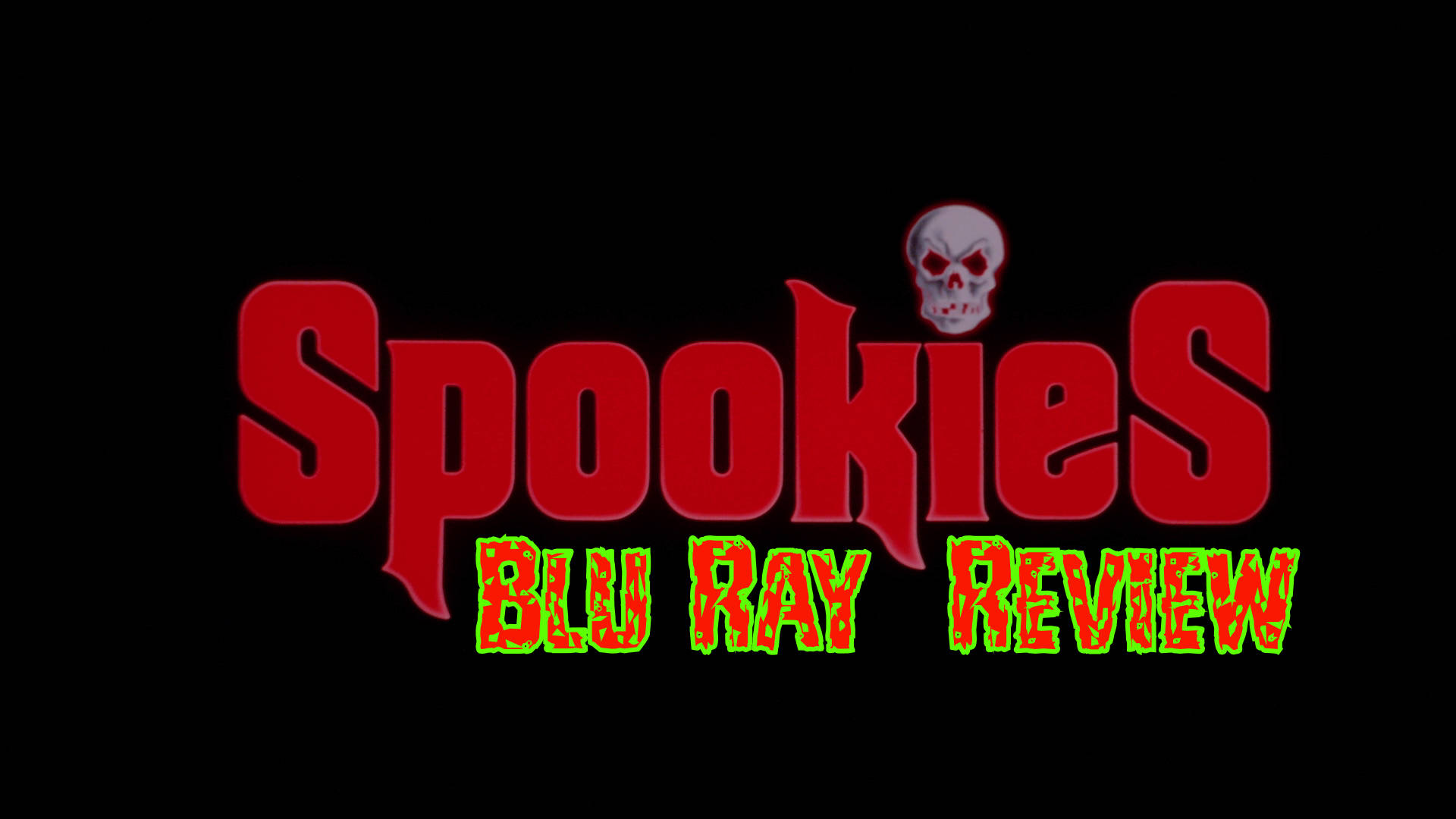 Spookies is an infamous film. Not famous. Infamous. And with good cause. A confused, broken production, it still managed to become a cult VHS hit in the late 80s. But is it deserving of it’s cult reputation? Well, read on to find out…

After their car breaks down, a group of travelers find themselves stranded in a remote part of New England.  After taking shelter in a spooky old mansion, complete with a graveyard, they discover a ouija board and decide to spend the night attempting to summon some spirits. But the group soon learns that playing with the forces of black magic isn’t fun and games, and it’s not long before they’re head-to-head with all sorts of demonic creatures, shape shifters, and other forms of evil, all of whom are more than happy to pick them off in the most gruesome of ways.

The above synopsis is taken from the 101 Films website.

And yeah, that pretty much sums up the plot to Spookies quite well. A group of people is trapped in a seemingly abandoned mansion and killed off by monsters. Except it isn’t quite that simple, as we shall see.

Spookies is a curiosity. Originally filmed in 1984 as Twisted Souls, a number of off screen problems caused the film to cease production. Once the various legal wranglings were done with, the producers realised that what had been shot was incomplete. To this end, they hastily wrote some new scenes, featuring an entirely new set of characters. Once these scenes had been shot, the film was edited together into the form it was released in.

The giveaway that there are 2 separate sets of footage being used in the film is the fact that the 2 groups of characters never interact on screen. This means that the films main protagonists never actually come face to face with the films antagonist. Now, this isn’t a problem, as such. After all, Star Trek 2 managed to be very successful despite Kirk & Khan not sharing any screen time together. But when you watch Spookies, you can differentiate between the 2 sets of footage.

But that is far from the films biggest flaw. The standard of the acting is truly terrible. We are talking sub Troma levels of thespian skill from some of the cast. Generally speaking, the acting in the second set of footage is a bit better, though that isn’t saying much. However, being a horror film from the 80s, it’s the effects that should be the real star. And sadly, there is a serious inconsistency between the effects from the different artists used. Some of the effects are pretty damn good, whilst others are of an embarrassingly poor standard. We veer from some pretty decent makeup effects to some incredibly shoddy hand puppets, often within the same scene. And the less said about the sparsely used stop motion “effects” the better.

The film was quite well shot, though. Both periods of filming match up reasonably well, so some care was obviously taken. Audio is bog standard mid 80s low budget.

101 Films have put together a pretty good package here. A far better package than the film probably deserves truth be told.

The extras are presented to us on 2 discs, packaged in a handsomely produced slipcase. The 2 included documentaries are the stars of the show. Both offer insights which are  beyond a simple review such as this one. The making of piece illustrates the issues the film faced quite well. And the documentary on VIPCO is essential for anyone with even a passing interest in the British VHS scene of the 80s and 90s. I do have to say, though, that to describe VIPCO as “much loved” is a stretch. VIPCO themselves are probably as infamous as the Spookies itself.

Spookies is a curiosity. One one hand, the behind the scenes wrangling makes for an interesting story. But on the other hand, the on-screen action is abysmal. And it isn’t very often I say that about a film. Yes, you have to make allowances made for the films production history. However, Spookies would have been a terrible film, no matter which version had been released.

Next post The Evil Dead 4k UHD (Reg B)