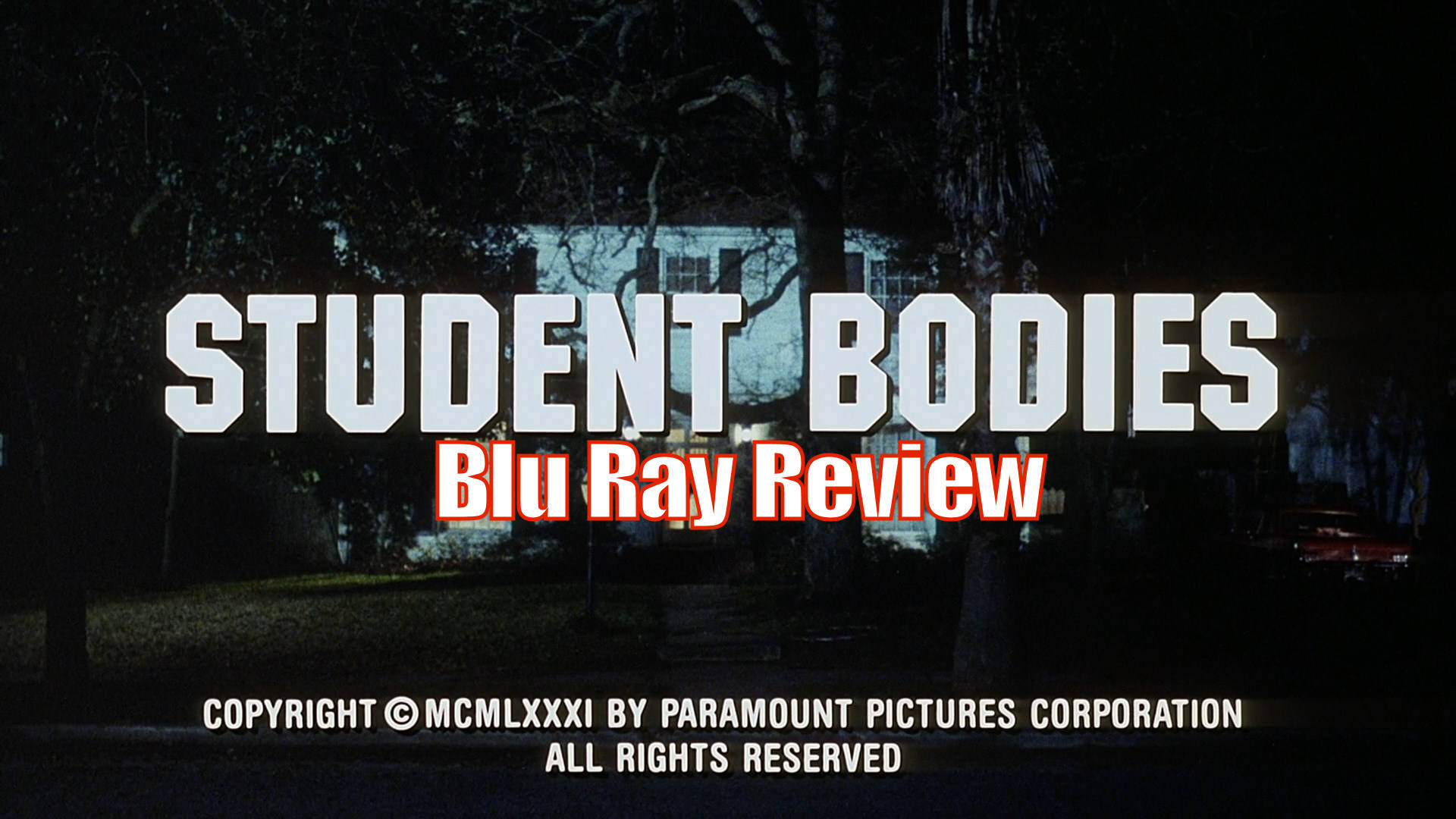 Student Bodies was a first in the slasher cycle of the early 1980s. It was the first to intentionally try to be funny. But is it? Or does it fall flat on it’s face like so many other “horror comedies”? Well, read on to find out…

In this seminal horror-comedy, an anonymous killer known only as “the Breather” terrorises the teenagers of Lamab High by killing every student who indulges in sex. The long list of suspects includes the school’s psychoanalyst, nurse, principal and, most surprisingly, virginal student Toby, who’s always at the scene of the crime. Toby knows she’s innocent, however, and vows to catch the killer.

So, much like a normal slasher film, the plot centres on “teenagers” being stalked and killed by an unknown assailant. You get the usual multiple suspects and red herrings that you would expect. In fact, you get pretty much everything a standard slasher film would have. You just get a side order of “comedy” to go along with it.

Student Bodies marketed itself as the “Worlds first comedy-horror film”. It wasn’t not by a long chalk. But still, it was a marketing hook. And it certainly was the first intentionally funny slasher film. Many other funny slashers would follow, the majority not being deliberately so, but I digress. The humour here is very much of the “Airplane” or “Kentucky Fried Movie” variety. Which is understandable, as the Abrahams-Zucker-Abrahams style was incredibly popular in the early 80s. How much fun you will get is very dependent on how much you enjoy those comedies. Realistically, this isn’t a great example of this style of comedy though. The “jokes” are all too obvious and too “stupid” to really work.

In terms of “horror” content… well, it’s minimal at best. A few hints of blood are all you are getting. The film is shot exactly like a slasher film, but lacks the edge a true slasher would have. Visually, the film shows it’s low budget roots quite clearly. The lighting is flat, the photography is fairly pedestrian, and the film is caked in grain. Even the outdoor daylight shots show an inordinate amount of film grain. Audio is perfunctory at best.

Despite the films shortcomings, 88 Films have done a pretty good job here, all things considered:

So, not an earth shattering amount of extras, but probably more than this film deserves.

Student Bodies is most defiantly more miss than hit. The comedy falls flat. The horror is almost none existent. So as a whole, it just doesn’t really add up.

Overall, 2/5 Fiends. Only the most hardcore of slasher fans need this one.