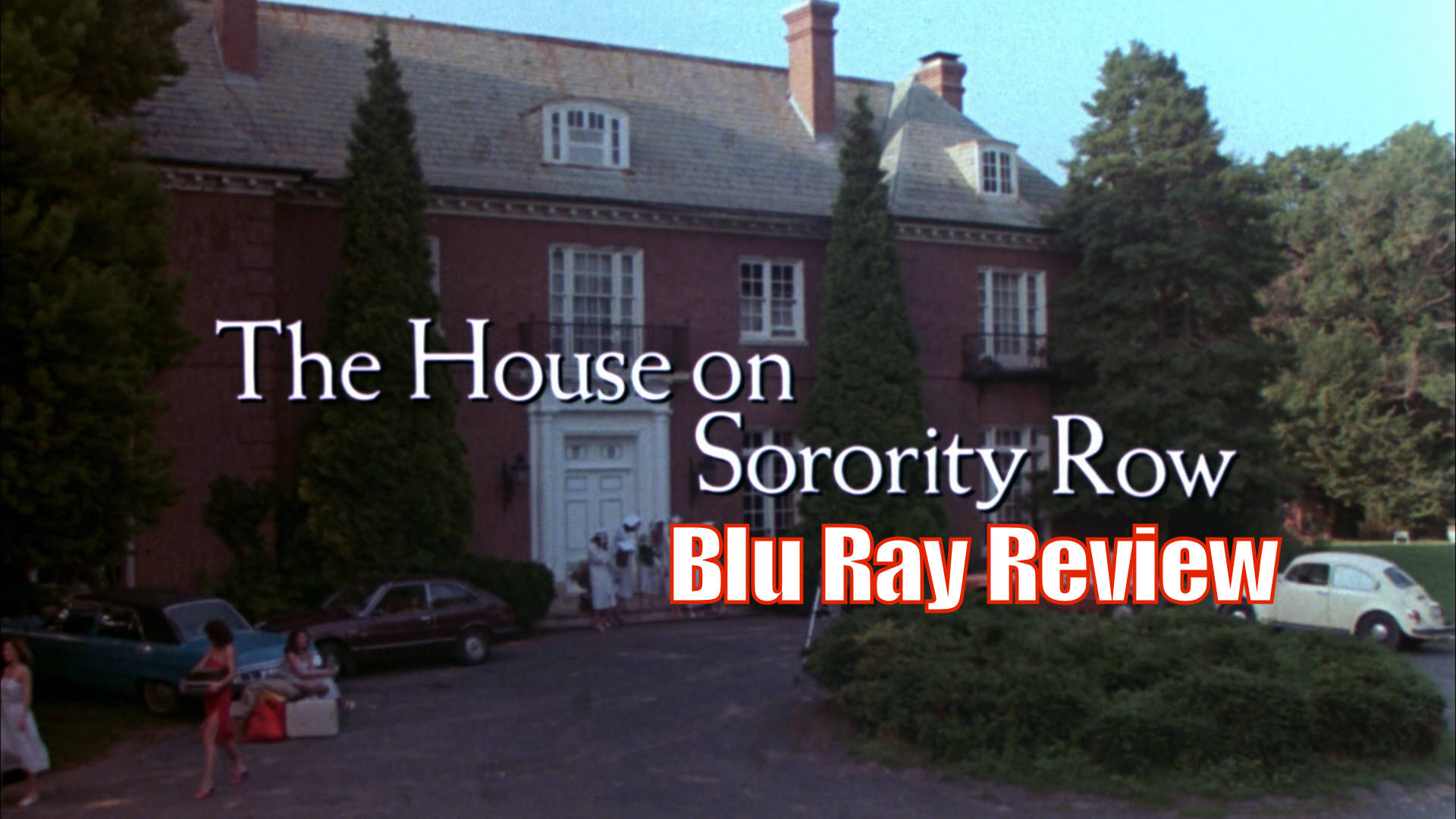 The House On Sorority Row is another entry into the 1980s slasher film boom. Like many of it’s peers, this film strives to recreate the magic of Halloween, and Friday The 13th. But does it succeed? Or is it another quick and dirty cash-in? Well, read on to find out…

Seven sorority sisters throw a graduation party and play a prank that goes horribly wrong. Ending up with a dead body, they panic and try to hide it. But someone witnessed the crime and begins to murder them, one by one, in this cult classic.

That isn’t to say the film isn’t enjoyable. Oh no. The film moves along quite nicely, setting up the scenario and priming us for the expected carnage. Following the Friday The 13th pattern, we don’t see the killer until the films denouement, keeping us guessing as to who is responsible. And it works pretty well, although it does feel very much like a rip off rather than an homage.

Like most slasher films, The House On Sorority Row stacks it’s cast with just slightly too old to be convincing as teenagers young actors. Mostly female, and mostly pretty, they serve 1 purpose: to be killed. There is the requisite amount of nudity from the young cast, and plenty of scanty, barely there costumes to boot. The few male characters are the standard ciphers you would expect, and you know from the second they are introduced, they are not making the final reel. Having said that, the characters are not quite as thin as those found in some slasher films. This may have been a cash in, but it certainly had more thought put into it than some others did.

The kills are pretty good, although none match the gloriously gory highs of Friday The 13th. They are all filmed quite well, although this high definition transfer does show up some of the rather obvious prosthetics used. And speaking of the transfer, well… let us just say it isn’t the greatest. Grain is very evident throughout, and the whole film has a slightly soft look to it. Print damage such as scratches is evident throughout, and the colour balance is a little off for my tastes. Audio wise we get a perfectly functional 2.0 stereo mix that does exactly what it needs to do.

The House On Sorority Row isn’t the most well featured disc from 88 Films. That being said, it does have a few features included:

And that’s it. Yes, it isn’t a huge amount, but it’s better than just a trailer I suppose.

The House On Sorority Row the Verdict:

Overall, The House On Sorority Row is a decent little slasher film. Better than many of the other cash ins that attempted to rise the post Friday the 13th wave, it has it’s charms. Overall, it’s a worthy addition to a slasher fans collection.