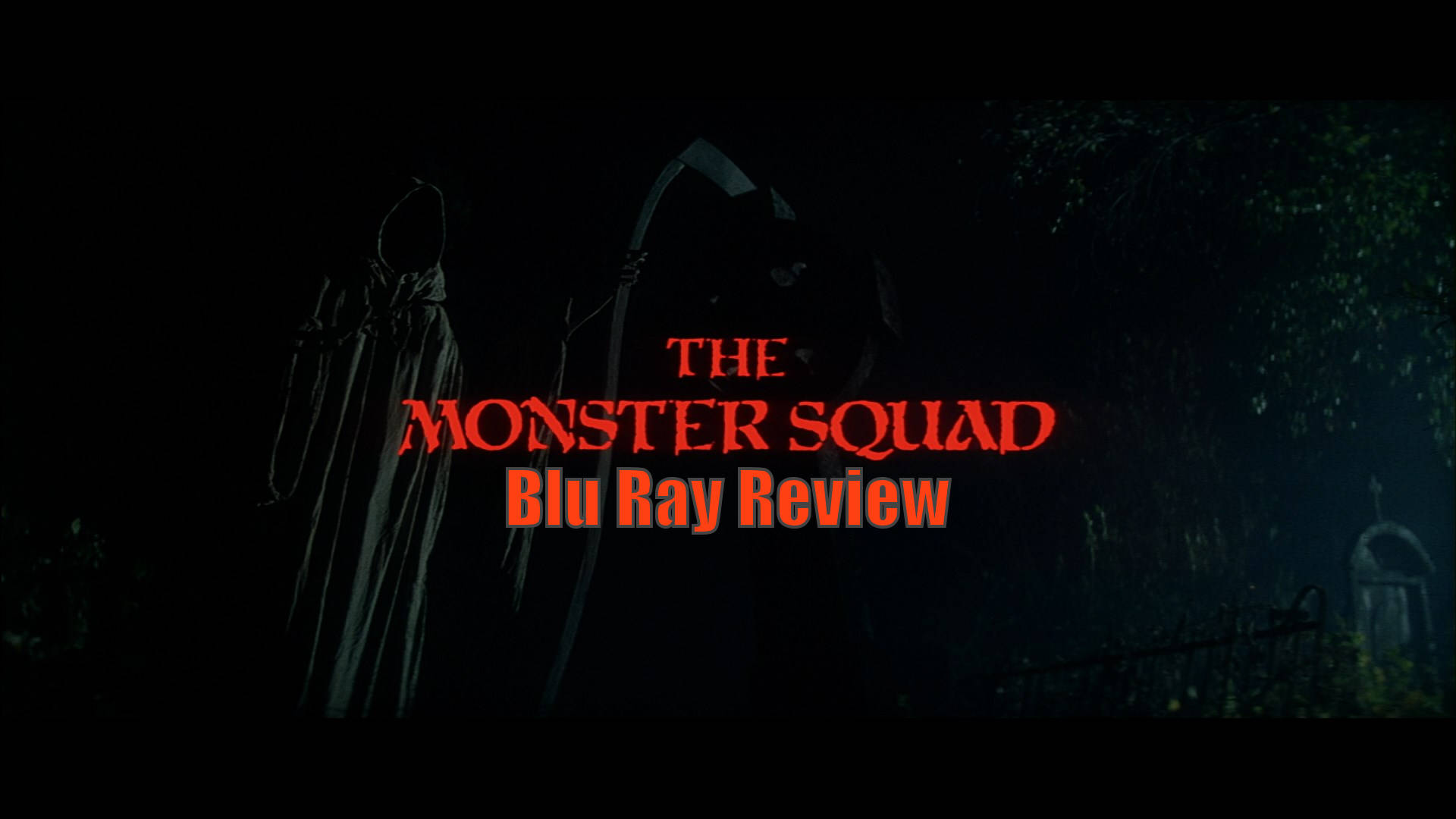 The Monster Squad is a fondly remembered bit of teen oriented horror from the late 80s. A loving homage to the Universal Monsters features of the 30s & 40s, The Monster Squad combined this with young, relatable protagonists and some superb effects work. But has it stood up to the test of time? Well, to find out you are going to have to read on…

100 years ago, Dr Abraham Van Hellsing attempted to use the power of an ancient amulet to rid the world of Draculas evil for good. He blew it. In the present day, the amulet has been kept hidden in small town America by Van Hellsings followers. Young monster movie fan Sean gets Van Hellsings diary for his birthday and comes to realise that Dracula and his fellow monsters are coming to town in an attempt to claim the amulet and rule the world. Can Sean and his misfit friends save the world?

And that’s it in a nutshell. A group of misfits kids (plus a obligingly helpful adult who knows all too much about their being “monsters” in the world) set out on a journey to save the world. It’s a bit like The Goonies but with classic monsters instead of Italian-American criminals.

The Monster Squad is a really well made picture. Tightly written and edited, the film runs to a brisk 82 minutes. And it manages to fill all of those with well shot, well acted action. The film looks incredible, despite being a relatively low budget film ($12m allegedly). It is clear that having a largely teen/pre teen primary cast allowed more of the films budget to end up onscreen. The cinematography is excellent, and really highlights the films great production design and effects work. Speaking of which the films practical effects are stunning. Far better than any CGI from the modern era. And the film sound pretty good, too.

Yes, the story is hokey, but in context it works perfectly. The sweet friendship between the Frankenstein Monster and Seans baby sister Phoebe gives the film a real heart. And the dynamic between the other kids is suitably realistic. Add in a truly scary performance by Duncan Regehr as Dracula, and you have a cast that are rightly proud of this film.

This Spanish release comes with a few extras included:

So, not a bad selection really.

The film itself looks pretty damn good given it’s age and relative obscurity. The colours are strong, and the film exhibits a small amount of grain, but nothing too distracting.

This is more than worth your money. Having never been released in the UK on Blu Ray (or DVD for that matter), this Spanish release is the best option for British fans of the film.

4.5/5 Fiends. The wolfman really does have Nards!

Next post Sleepaway Camp (US Reg A Blu Ray)