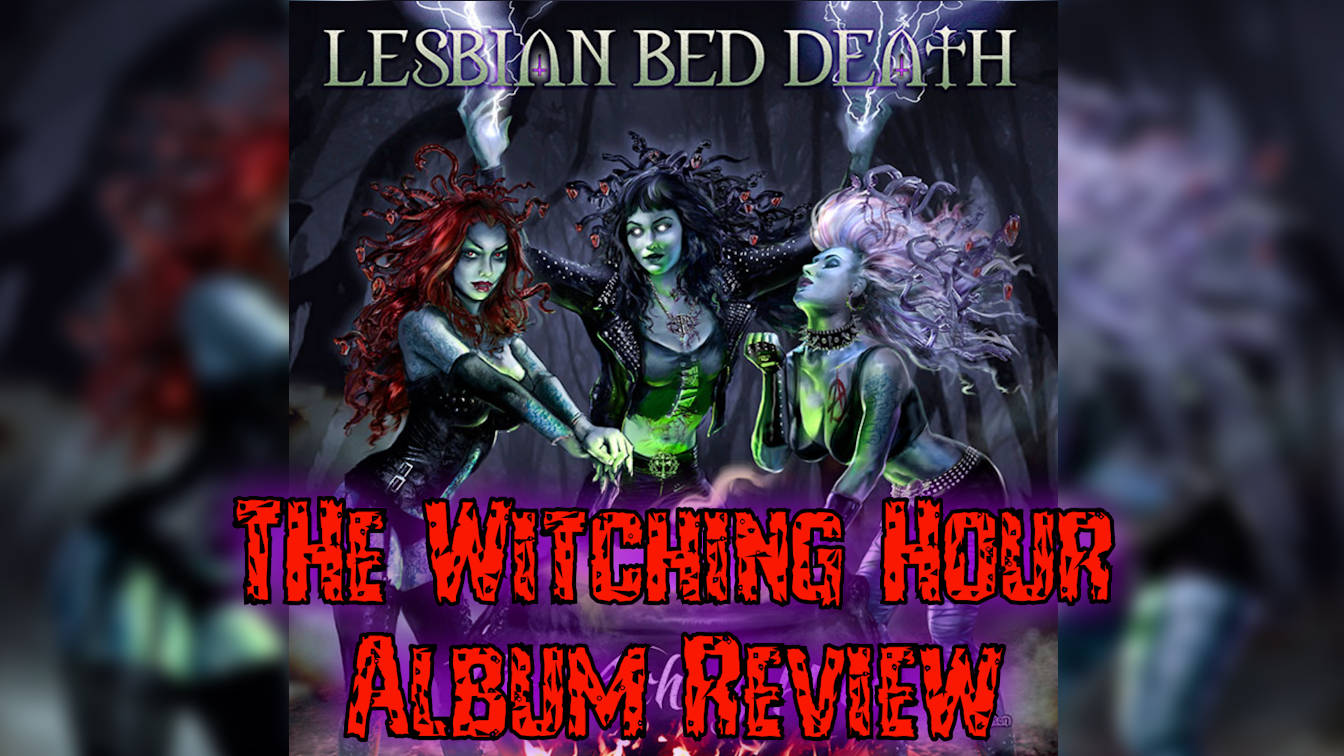 The Witching Hour is the latest release from gothic punk/rock stalwarts Lesbian Bed Death. After a tumultuous few years (even by their standards), can LBD maintain their impressive record of quality releases? Read on to find out…

The Witching Hour finds LBD well into their 2nd decade of existence. Yes, LBD have been around for almost 20 years now, having formed back in 2004. Initially a side project for band stalwart Mr Peach, LBD took on an unholy life of their own. And that leads us to here. The Witching Hour. The 4th release to feature vocals from original singer Luci4 (and the 2nd since her triumphant return), this is LBDs 7th album overall. And as expected, LBD keep stretching their wings.

Rather than stick to the obvious “formula” that their early successes built (such as “Goth Girls Are Easy”), Mr Peach and the rest of the LBD troop keep on extending their gothic reach into differing genres. Yes, there are the expected goth-punk stompers, but also diversions into gothic synth pop, darkly melodic new wave tinged rock, and even metal! All the disparate influences of the band are on display here. And it all sounds absolutely superb. Steve Lethal has provided an incredible production job for the band (as well as playing both lead guitar and bass on the album).

Luci4s vocals once again seem to defy aging and are even more powerful than they were on the bands previous release. On the drums, Aimee Violet lays down a solid, muscular rhythmic base for the guitars to work over. And Mr Peach aids & abets Steve Lethal wonderfully, with his full sounding rhythm guitar parts (as well as being the bands primary creative force).

As usual, the songs provide plenty of treats for horror fans, as The Witching Hour is crammed full of nods 7 winks towards some of Mr Peachs favourite horror films, tv shows, and legends.

It’s hard to pick a stand out track or 2 as this is easily the most cohesive and complete album of material LBD have yet produced. I for one can’t wait to see where the band will go next. And wherever that is, I’m sure it will be a dark, gothic wet dream…

For more information, and to purchase the album when it is fully released to the public later this summer visit:Lesbian Bed Death (Official)