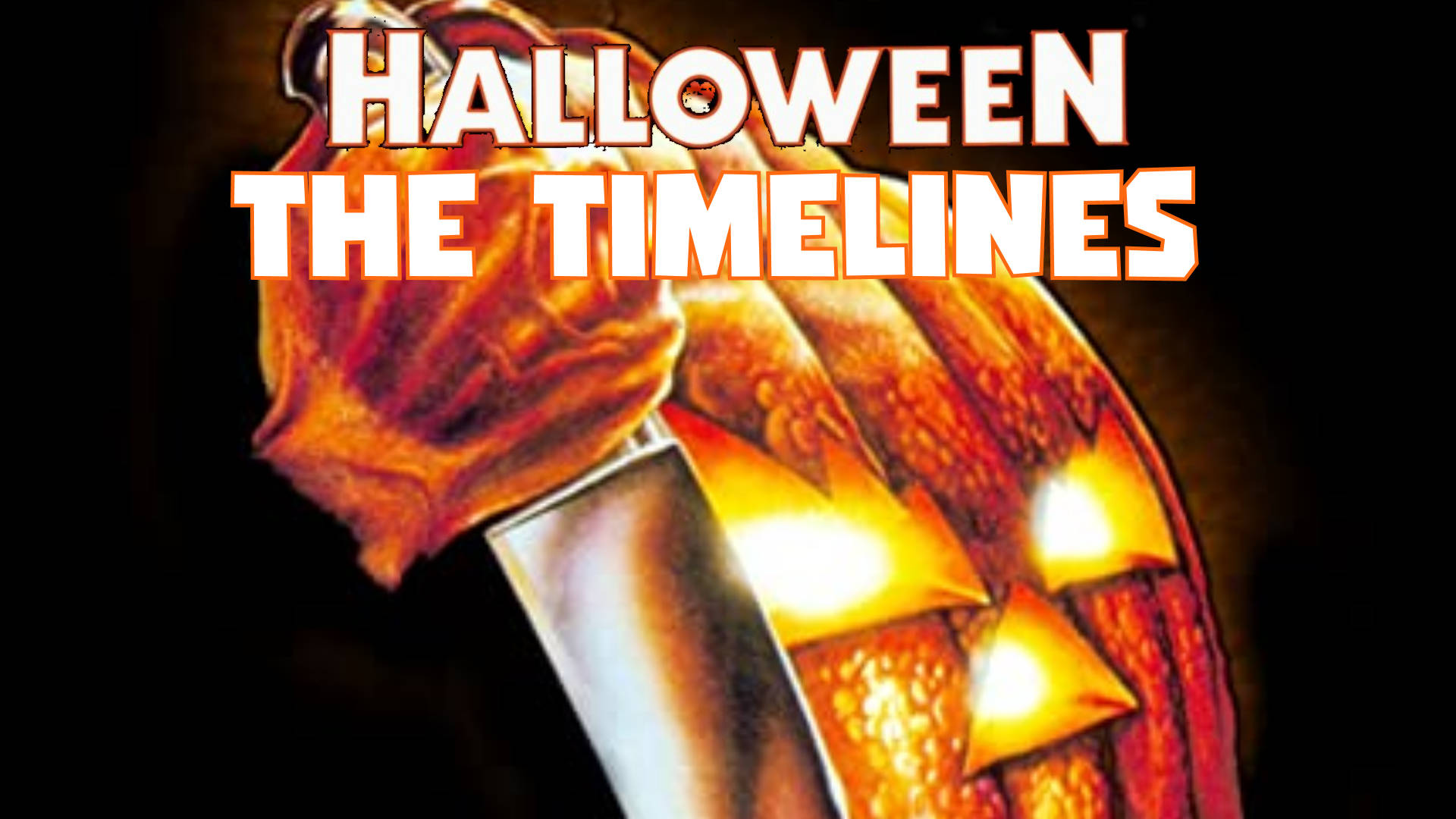 It is safe to say that the Halloween franchise has few issues with it’s timeline of events. Whilst never exactly a genre renown for it’s impeccable continuity, even amongst slasher films Halloween and it’s many sequels have a uniquely convoluted flow. So, having said that, let’s break it down and explore the different timelines that present themselves throughout the series.

So, this timeline is the one considered by series creator John Carpenter to be the “official” Halloween films timeline of events. Obviously, the 1978 original stands at the head of (almost) all of the various strands, but according to Carpenter, it is Halloween 2018 that is the true, official continuation of that films story. Yes, the plot of Halloween 2018 makes a few suppositions, such as that the police tracked down Michael Myers, and managed to recapture him. It also assumes that he somehow managed to survive being stabbed in the eye and shot 6 times with little lasting effect.

One thing this timeline gets right (so far, as we haven’t seen Kills or Ends yet) is the feel of the first film. Halloween 2018 takes the feel of the 1978 original and successfully transplants it into not only the modern day, but makes it feel modern as well. And this is a damn tricky thing to achieve, as the original eschewed overt onscreen violence in favour of suspense and clever use of shadows to imply more than you actually see. Modern audiences are rather more used to seeing a more visceral product, and 2018 manages both expectations superbly.

This is an interesting timeline. Carpenter never wanted to do a sequel to his original, but was pressured into writing and producing it anyway. Eventually he stepped in to sharpen the film up, as audiences had begun to get used to more onscreen carnage. To do this he reshot a number prof the films death scenes to add more blood and violence. And frankly, Halloween II isn’t a bad film. It was certainly the best of the Michael Myers featuring sequels until H2O many years later.

Once we hit 4/5/6 however, things start to deteriorate rapidly. Attempts to explain how and why Michael Myers can do what he does are made. And it gets increasingly messy as the films progress. Eventually, this timeline reveals that Myers is entranced under the “Curse of Thorn”. As such, he must do as the Cult of Thorn bid him. The series also introduces the concepts of Laurie Strode being his youngest sister. It also kills her off (between Halloweens 2 & 3) and introduces her young daughter Jamie, who becomes the new fixation for Myers and the Thorn cult, implying she is intended to replace her uncle in the future.

This timeline died with a whimper as the 6th film in the franchise was left essentially incomplete after the death of series mainstay Donald Pleasence before some much needed reshoots could be completed. To this end there are 2 contradictory and equally messy versions of the film. Neither of these edits gives fans a satisfactory sense of closure to the Thorn storyline.

This timeline uses the idea that after the events of Halloween II, Laurie Strode fakes her own death and builds a new life with a new identity. Despite this, her unkillable brother resurfaces 20 years later and tracks her down in her new life as a teacher. And yes, he still wants to kill her. Which he eventually manages (SPOILER!) during the pre credits scene in Halloween Resurrection. Resurrection is possibly the only film in the franchise to match the Curse Of Michael Myers for it’s awfulness. This is the film probably best known for being the one with Busta Rhymes kung fu kicking Michael Myers. Oh, and the awful Internet reality webcast plot. H2O is a decent film, easily the best at this point since the original pair, but resurrection effectively killed the franchise, despite leaving a very obvious set up for a sequel.

This is a bit of an alternative timeline, rather than one linked to the original film. Rob Zombie reimagined the original, with more backstory and more gritty violence than had ever previously been attempted. Whilst a good concept, fans didn’t want to see the Myers family recast as poor white trash, whose abusive behaviour was responsible for Michael becoming a remorseless killer. Yet enough people saw the film to warrant a sequel.

Now, I like Rob Zombie. His music is great, and most of his films are enjoyable grindhouse fun. But while Halloween 2007 is watchable and has elements worthy of deeper inspection, his sequel reeks of obligation. Filled with bizarre dream imagery, and gratuitous violence, it just doesn’t work. The Zombie duopoly just doesn’t “feel” like the franchise should.

And now we move omen to the odd one out. Carpenter originally wanted the franchise to be more of an anthology. The concept was a series of films linked thematically by Halloween as a day. And this is where he got to try this out. Despite being a bloody good horror film, Halloween III was a bust when compared to it’s forebears. The plot is interesting, featuring Druid cults, Stonehenge, and killer Halloween masks. A great cast and some brilliant set pieces just couldn’t convince audiences, who were expecting more Michael Myers action.

Thankfully, the film has been reassessed over time, and is now considered a much beloved entry in the series by many. Indeed, the original Halloween is seen on TV during the film, making this part of the Halloween metaverse. Indeed, this appearance on a Tv of the original marks this films universe out as the “Prime” one in a way.